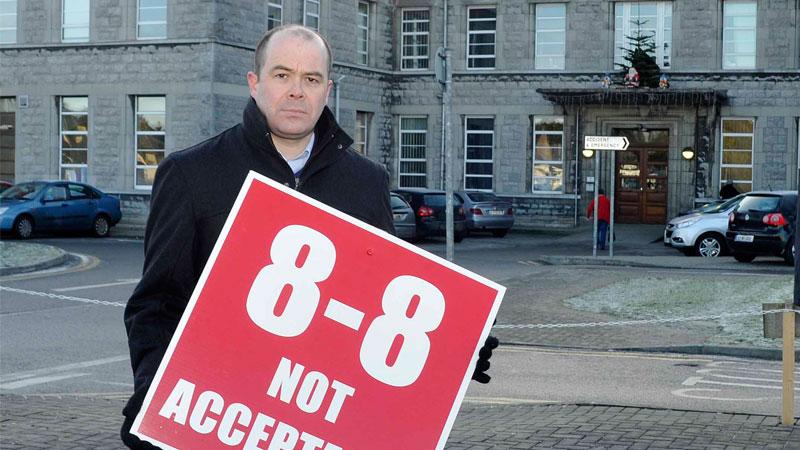 Denis Naughten during his campaign to halt services from being cut from Roscommon Hospital.

A Government Minister forced out of Fine Gael over the downgrade of Roscommon Hospital does not intend to 'interfere' in any similar plan for Portlaoise hospital.

Minister Denis Naughten lost the Fine Gael party whip in July 2011 for voting against his party over the closure of Roscommon Hospital's Emergency Department.

In the same week, the HSE confirmed that the A&E department at Roscommon would be replaced by an ‘urgent care unit’ operating from 8am to 8pm, supported by an out-of-hours GP service.

He is now an Indpendent TD and Minister for Communications, Climate Action & Environment and was in Laois on Thursday, January 18. During his visit, the Leinster Express asked Minister Naughten about his views on the HSE's plan to carry out an extensive downgrade at the Midland Regional Hospital Portlaoise.

"This issue was raised in Roscommon and I didn't appreciate interference from outside the constituency.

"This is a issue here locally that Minister (Charlie) Flanagan has been very engaged with and I am not going to make any comment," he said.

The HSE want to remove A&E, ICU, maternity, paediatrics and most surgery from Portlaoise.