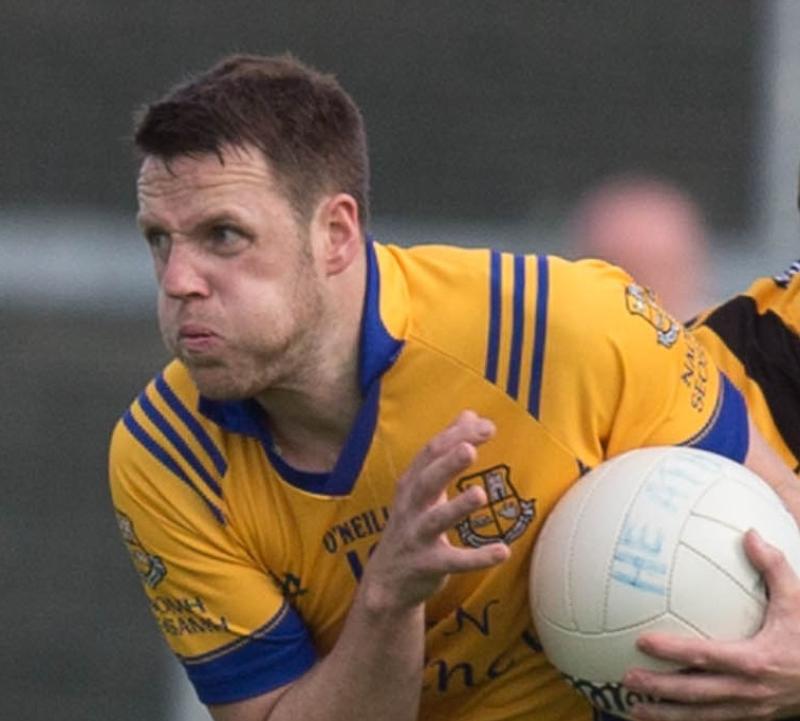 The funeral details for well-known local man Liam Kealy who died tragically over the weekend have been announced.

Reposing at his residence from 2pm on Tuesday with Rosary on Tuesday and Wednesday night at 8pm.

From, Ballyadams, Liam worked locally as a plumber. He is missed deeply by wife Ashling and daughter, Shauna. He is also survived by parents Tom and Margaret Kealy, sister Elizabeth and brother Denis.

Liam died tragically while at a stag party in Cork over the weekend.

Glowing tributes have flooded in for Liam, lead by his own GAA club, St. Joseph's.

GAA is family on and off the field...

Our thoughts and prayers are with the Kealy family and all our friends in St. Joseph's G.A.A. Club

The Heath club are shocked and saddened to hear of the death of Liam Kealy. Our thoughts are with his family, friends and St Josephs club at this terrible time.

Laois GAA would like to extend their sympathy to family, friends and teammates of Liam Kealy (St Joseph’s GAA) who lost his life at the weekend. Liam was a member of the Laois Senior Football Panel in 2012. https://t.co/8H7757srzt pic.twitter.com/1ZWPpFa4PD

The Rock would like to offer its condolences on the tragic and untimely death of Liam Kealy. Our thoughts and prayers are with his wife Ailsling, the Kealy family and and all @Stjosephsgaa RIP

Stradbally GAA would like to extend our deepest sympathies to The Kealy & Doyle families & all in St Joseph's Gaa club on the tragic loss of Liam "Squeaks"Kealy.
Ar dheis De go raibh a anam.

The club would like to pass on its deepest condolences to the family of Liam 'squeeks'' Kealy.

Liam played under age and senior football with the club mainly under the management of Jimmy O'Donnell.

May he rest in peace..

Words fail us on such occasions. All we can say is our thoughts and prayers go out to the Kealy family and all our friends in St Joseph's GAA on the truly heartbreaking passing of Liam Kealy.

Portarlington Gaa Club would like to extend our deepest sympathies to The Kealy and Doyle families and everyone in the St Joesphs Club on the tragic loss of Liam Kealy. Our thoughts and prayers are with you all in this very sad and emotional time. Ar dheis De go raibh a anam

Arles Killeen wish to extend our deepest condolences to Ashling and Shauna Kealy on the untimely passing of their beloved husband and father Liam Kealy.
We also extend our condolences to all their relatives and friends, and to St Joseph’s GAA Club.
At dheis Dé go raibh a anam

Devastation in Laois community and GAA club at tragic death in Cork during stag weekend.