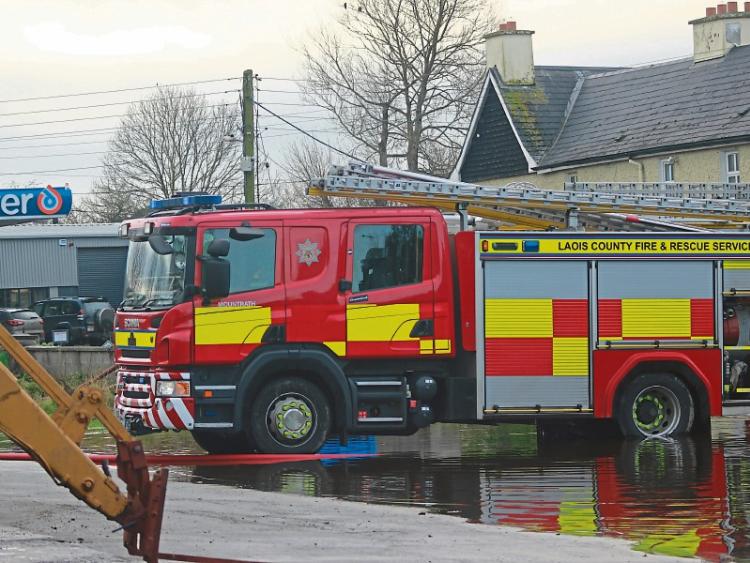 The response to the weekend flooding highlights again the work that is undertaken by the emergency services, namely in this case Laois Fire and Rescue, as well as Laois Civil Defence and the outdoor staff of Laois County Council.

Every fire crew in Laois was out on Sunday and such was the state of the situation that they found themselves “bombarded” with requests for help, in the words of Fire Officer, Shay Brennan.

This, coupled with having to deal with a car crash in Stradbally in the middle of everything, provides some insight into the scale of the work involved.

It also draws to attention to the ability of the Fire Services to deal with a multitude of tasks, particularly at any one given time.

As Mr Brennan pointed out, “Flooding is flooding but we don't want to dilute our ability to cover emergencies in the county, it is a juggling act.

“We have to maintain our ability to cover everything.”

This is by no means an easy task and the work undertaken by these services can often be overlooked amongst the wider public.

Even trying to decide which incidence is a priority can be a difficult decision to make.

Last week a further issue in relation to the fire services was raised at the Borris/Mountmellick municipal district meeting which was told that wages will need to be increased for Laois Fire and Rescue staff in order to get new recruits to join.

This was according to Cllr John King, himself a fireman for many years.

He predicted a national problem if this was not undertaken.

The problem is crystallised in Rathdowney where four qualified firefighters left last year. Four recruitment drives for Rathdowney yielded only one person being taken on.

It's a worrying development.

The work does certainly require flexibility in other areas of a person's life and other work, and this is certainly not easy.

In a scenario like last Sunday's all emergency services find themselves stretched, and particularly Laois Fire and Rescue.

Maintaining an ability to cover everything can be very challenging. Planning for these extreme weather events, and their increasing frequency, is a priority, and the role of the Fire Service should never be overlooked.