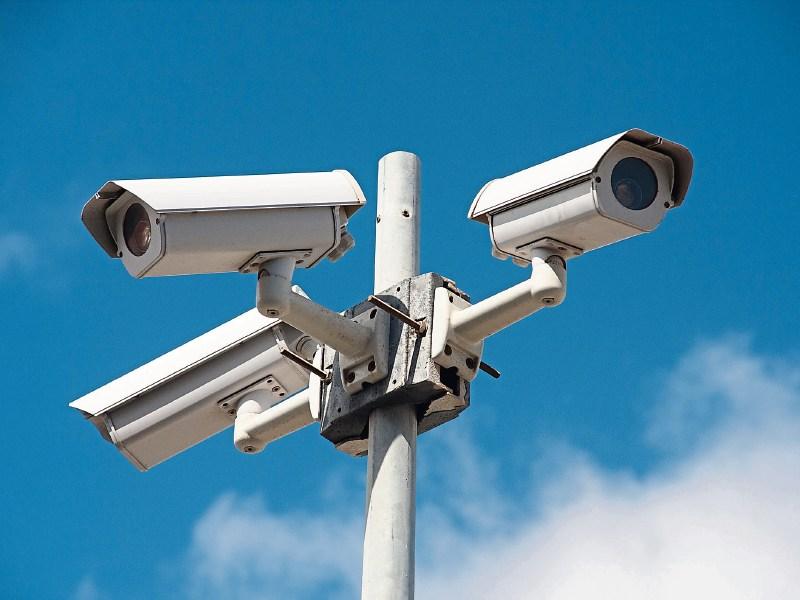 The future of community CCTV networks in Laois is in question, as serious cost and security issues have emerged over the collection of data.

The Department of Justice, which gives one-off partial grants to communities to buy CCTV cameras, has asked local authorities to be the Data Controller.
However Laois County Council CEO John Mulholland has “serious concerns” over the safety of his staff, and the cost of storing data safely, if the local authority takes on the role.

“We’d have serious concerns on the implication for local authorities, firstly over data protection regulations, and secondly the position for our staff who might be called into giving evidence of activities recorded on footage,” he said.

He instead wants the Gardaí to oversee the data collection, or an independent company, without cost to Laois County Council.

“It would not be appropriate in my view, for local authority staff to get involved in enforcing law and order. We have quite enough to do in litter and traffic management. Maybe we could contract the holding to somebody else under lock and key, with accreditation, with the Gardaí acting as a partner,” he said, at the monthly council meeting on January 29.

Communities will have to pay money every year too he said.

“There is no onward provision for the maintenance of schemes. I understand it will be left to communities, costing €2k or €3 a year,” he said.

He wants the government to clarify how data would be stored, the costs of maintenance, and who has access to it.

“We have no problem complying, provided all those are addressed. I am concerned that no staff member would be subjected to a massive involvement. There are very important aspects of criminal process and how you handle evidence, and I’m not qualified. We’re near to the point of delivery because CCTV schemes are ready, I need assurances from the department that no staff will be liable to appear in court,” he said.

He said that Offaly County Council has also refused to take on the role, but other local authorities with bigger budgets like Kildare have accepted the job of storing and monitoring CCTV data.

Mr Mulholland pointed out that there would be an annual cost out of the county’s budget.

“We don’t want to see it failing, but would you want to see budget support for CCTV? This is just a once off grant. There would be maintenance, a storer or processor of digital related crime. If you find that next year there is €30k or €40k for retention of digital imagery, you might say when is this going to end,” he said to Laois county councillors at the meeting.

Cllr Willie Aird had a motion to request clarification from the Dept of Justice on the Data Controller role for the new CCTV systems.

“All I can see is we are no further advanced for community groups. I am 110 percent in support of the local authority. If we end up in a situation whereby a person can see someone passing in a stolen vehicle, will staff be called in from this local authority to give evidence? The department is going to have to get its house in order to ensure that staff are protected 100 percent. Groups think this is nearly ready to go ahead, it’s not,” he said.

The department has given grants of up to €50k for schemes in Durrow & Dunmore, and Borris-in-Ossory, with another up and running in Errill, paid by the community. More are planned in Mountmellick and elsewhere.

Data must be stored securely, and destroyed after 28 days. It may only be viewed on request by a court or a Garda Superintendant, as part of a crime investigation.