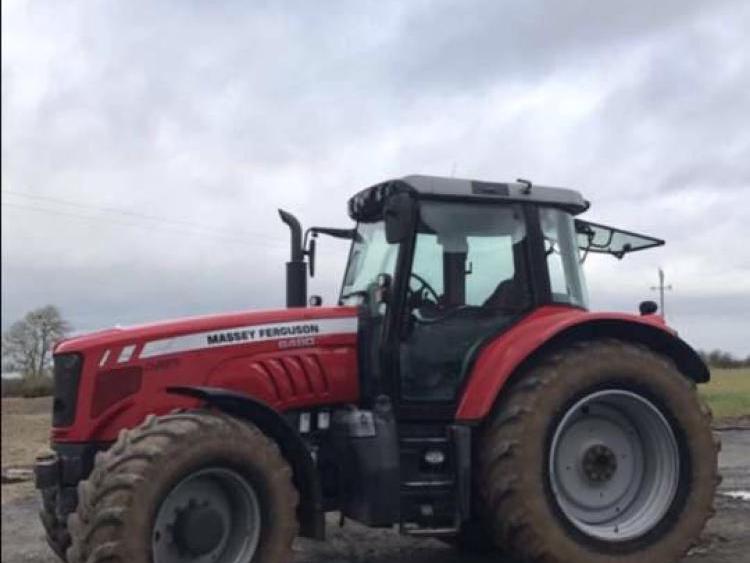 A tractor and trailer worth €70,000 which was stolen from a farmyard in Mountmellick has been located and returned to its owner.

A Massey Ferguson 6480 tractor with the reg of 12 LS 1137 along with a red Broughan grain trailer with a rollover cover was stolen overnight on January 12 and gardai have spent over two weeks tracing the tractor and trailer with CCTV.

The tractor was last seen in the Limerick/Clare area.

The owner, Rory Doyle, told the Leinster Express that the burglars knew the lie of the land on their farm in The Rock area of Mountmellick.

The tractor has now been located and returned safely to its owners.

Rory led a social media campaign from the day the tractor went missing to let as many people know about the stolen tractor as possible.

He posted regular updates on the whereabouts of the tractor and contacted community group in Clare to spread the word.

On January 31 Rory took to Facebook to thank the people who had helped in the search for the tractor and he praised the work of gardai in Mountmellick.

Gardai are understood to be investigating the matter further.