Over €2,500 raised in campaign for Laois family dog who suffered horrendous death 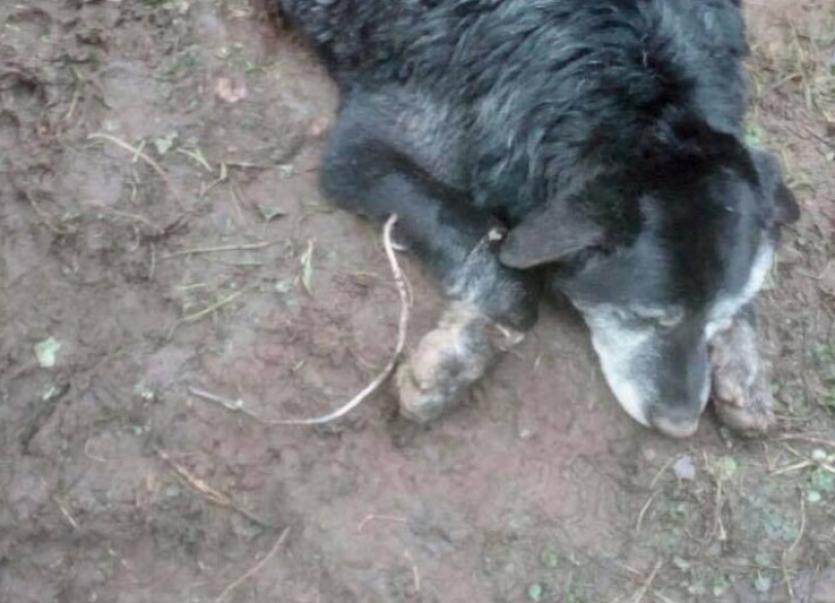 Over €2,500 has been raised by members of the public who have been horrified by the story of a dog that was tortured and suffered a horrendous death in Mountrath last week.

A Go Fund Me campaign was set up and donations flooded in as the story about the Mountrath family dog 'Hutch' was shared to thousands of people all over the country.

Hutch was found on Sunday morning, January 29 nailed to a tree and wrapped in wire on the riverbank in Mountrath between the Quaker's graveyard and Rushin Road.

The dog's owner, John Kingston, has told the Leinster Express that he now knows who did this to the dog and the young family is now waiting for gardai to take action.

All money collected via the Go Fund Me will be used as a reward for information leading to the conviction of the culprits. Any leftover money will be donated to Cara Rescue Dogs or go towards a fund to build a dog park in Mountrath.

The dog had been there for some time before he was found and the Kingston family are distraught. Hutch had been their family pet for 12 years.

He was a beloved family pet who is usually kept in a walled yard but on this occasion he strayed off.

The dog was alive when he was found and died in the loving arms of the lady who found him.

The couple who found him after this horrific torture cut him down, called the vet and stayed with him and comforted him in his last moments.

It is understood gardai are investigating the incident and a number of people have come forward with information.

The family and those behind the campaign have appealed to anyone who saw anything suspicious on the Rushin Road on the Saturday night to come forward.

The fund will be administered by the Trustees of the fund John Kingston Hutch's owner, Karla Mitchell from Cara Rescue Dogs and Brenda O’Grady Chairperson of Mountrath Development Association.

The decision of the Trustees in relation to the dispersion of the fund will be final. Full details of the amount of money donated and its distribution will be disclosed publicly.

Donate to the Go Fund Me here.