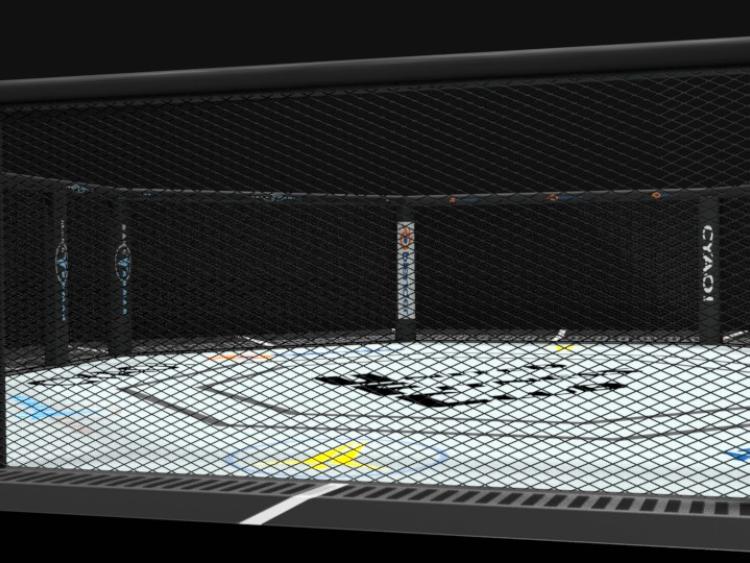 Governance of MMA in Ireland called for to protect fighters.

The death of a Mixed Martial Arts (MMA) fighter in a bout with Charlie Ward from Mountmellick has led to calls and recommendations for the sport to be regulated and governed so that it competitors are protected.

The Minister for Sport Shane Ross has called on MMA in Ireland to introduce safety standards after an inquest into the death of Portuguese MMA fighter João Carvalho, who died in April 2016 in Dublin.

Yesterday, February 8, the Corner's Court returned a verdict of misadventure and recommended a national governing body for MMA.

Mr Carvalho's opponent, Charlie Ward won the bout. He told the inquest it was a close and difficult fight. The Mountmellick fighter said that afterwards his opponent asked for a photo with him and Conor McGregor.

He said spoke of a conversation they had afterwards when both agreed that they did not expect the fight to be so difficult.

"When I heard later that he’d died I was devastated,” Mr Ward said.

A Garda witness said video evidence showed Mr Carvalho had received 41 blows to the head. Dr Ishmael Khan who was on duty at the event said he wanted both men brought to hospital for assessment.

The fighters went into a small medical room at the stadium. A short time later, Mr Carvalho became drowsy and started vomiting.

"It appears to me that MMA leaders here in Ireland are deliberately dragging their feet on the establishment of appropriate governance and safety standards," said Minister Ross.

"Today I call on the Irish Mixed Martial Arts Association (IMMAA) to do the right thing - take the steps that are required to safeguard your fighters and prevent needless injury and loss of life.

Sports Ireland Chief Executive John Treacy attended the inquest.  He said it was "terrifying and frightening" to listen to circumstances surrounding the death.

Speaking on RTÉ's Morning Ireland, Mr Treacy said Sports Ireland does not recognise MMA, but has made itself available to IMMAA to support it to move towards proper self-regulation.

The jury returned a verdict of misadventure and recommended a governing body for MMA in Ireland. It also called for qualified paramedics be on duty and that boxing’s safety standards be adopted in the short term.

Full statement from the Department of Sport

The Minster for Transport, Tourism and Sport, Mr. Shane Ross, TD, and the Minister with responsibility for Sport, Mr. Brendan Griffin, TD, have called on those in leadership positions within the MMA (Mixed Martial Arts) community in Ireland, to introduce, as speedily as possible, best-practice safety and governance standards.

Noting the recommendations of the Coroners’ Court in the inquest into the death of MMA fighter Joao Carvalho, Minister Ross stated:

“I cannot begin to imagine how painful the passing of Joao Carvalho has been for Mr. Carvalho’s family and in particular his brother, Alexandre, who was at his bedside for his brother’s final moments.  Yesterday (8 February), the Coroner returned a verdict of death by misadventure and also made some recommendations.  The absence of a National Governing Body (NGB) for MMA in Ireland is unacceptable.  All sporting organisations in Ireland are autonomous and self-governing.  The Irish Government, through its agency Sport Ireland, works with the sports NGBs, to ensure that high standards of safety and governance are understood and put into place.  It is absolutely crucial that the sports bodies do everything they can to protect the safety and welfare of their members.”

Minister Griffin added that he was disappointed with the unacceptably slow pace of progress in the case of MMA.  “It is now almost two years since Joao Carvalho’s passing.  I am terribly disappointed that there has been so little progress made on establishing appropriate governance arrangements.  My officials worked with Sport Ireland to encourage the Irish Mixed Martial Arts Association (IMMAA) here in Ireland to put appropriate governance arrangements into place.  The overwhelming majority of sporting bodies in Ireland have undertaken the hard work, with Sport Ireland, that is required to become recognised as a National Governing Body.  Sport Ireland demands excellent standards of governance, child protection and competitor safety, amongst other things, before it will formally recognise a sport.  In the case of the IMMAA, we have not seen any sign of the effort required.  Despite having made relevant experts available to the IMMAA to explore the possibility of MMA being recognised under the Irish Martial Arts Commission (IMAC, the recognised NGB for several martial arts in Ireland), no real progress has been made.

Minister Ross also said: “It appears to me that MMA leaders here in Ireland are deliberately dragging their feet on the establishment of appropriate governance and safety standards.  Today I call on the Irish Mixed Martial Arts Association (IMMAA) to do the right thing – take the steps that are required to safeguard your fighters and prevent needless injury and loss of life.  Sport Ireland stands ready to help but can only help if you are willing to ask, and if you are willing to do the right thing.”

Minister Griffin echoed those sentiments and noted the Coroner’s recommendation that, in the short-term, MMA should adopt safety standards used in professional boxing.  He welcomed the actions of Professor Daniel Healy, the Beaumont based neurosurgeon and co-founder of not-for-profit Safe MMA Ireland which was set up for the protection and safety of the Mixed Martial Arts competitors.  Minister Griffin said “I commend Professor Dan Healy for his vigilance, at his own personal cost in terms of time and money, in pursuing adequate safety standards for MMA.  His persistent efforts have resulted in a major improvement in safety standards at MMA events.  I would urge MMA leaders to formalise such safety precautions.  Such standards could and should be formally backed by MMA in Ireland through the establishment of a National Governing Body, recognised by Sport Ireland.  What is taking so long?  Only the IMMAA can answer that.”