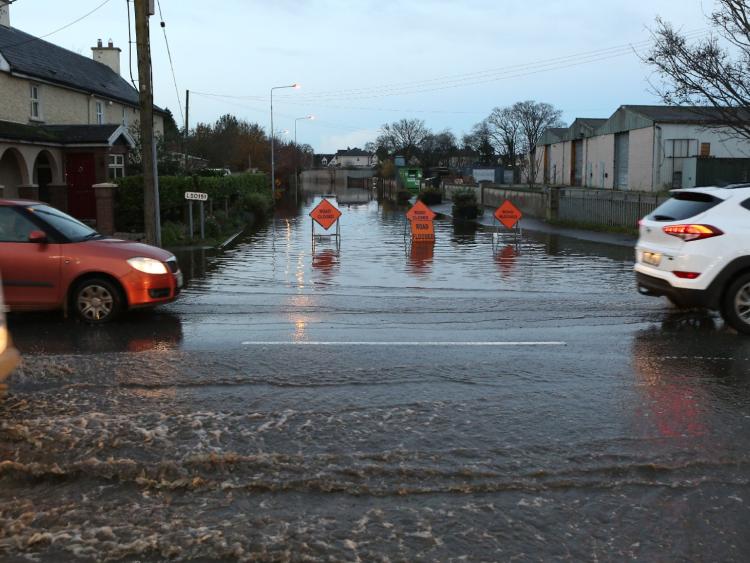 The €3.1 million flood defence cash announced last week is “solely for flood defences in Mountmellick” according to a Laois County Council Senior Engineer.

This comes despite the words of Minister Kevin ‘Boxer’ Moran which stated that Portarlington would be covered under the funding.

At the announcement last week, Minister Moran said Portarlington would be covered under CFRAM.

“I can assure that Portarlington will be looked after in terms of CFRAM,” Minister Moran said at the official announcement on Friday.

Mr McLoughlin clarified the allocation of funding at the February meeting of the Borris-in-Ossory/Mountmellick Municipal District.

He said that the €3.1 million is solely for a flood defence plan for Mountmellick.

Mr McLoughlin was responding to questions from a number of local councillors who were disappointed that they were not invited to the announcement in Mountmellick on Friday morning, February 9.

Councillor Seamus McDonald said it was ‘bad form’ that local councillors were not invited to the official announcement of €3.1 million for Mountmellick flood defences which was held in the old Civic Offices in Mountmellick.

Cllr Brendan Phelan was also disappointed and concerned that local councillors do not know where the €3.1 million is going to be spent.

“The local councillors of the municipal district were not even invited. As councillors we don’t know where the funds are going to be spent.

“People in Rosenallis and Clonaslee have the same fears. We had farmers out with diggers during flooding in the Green Roads and a river flowing through the street in Rathdowney,” he said.

Cllr James Kelly said he was also disappointed about not being invited as it would have been a ‘learning process’.

“I have had phone calls from people who are fearing that they are going to be left out. I am very disappointed too.

“It would have been a learning process for councillors for future flood events to go to the announcement with Ministers there,” Cllr Kelly said.

CEO of Laois County Council, John Mulholland previously told the Leinster Express that flood defences for Mountmellick and Portarlington will cost up to €8 million.

A spokesperson for the OPW has said that 2.4km of flood embankments and walls are in the plan for Mountmellick and 3.3km for Portarlington.

Further details of the official flood defence plan is due to be announced in the coming weeks when the plan is completed.

The detailed design will include a review of the CFRAM mapping which has been planned over the last number of years, taking into account the recorded flood depths of November 22.

Flood relief cash is for both Mountmellick and Portarlington insists Minister Boxer Moran.