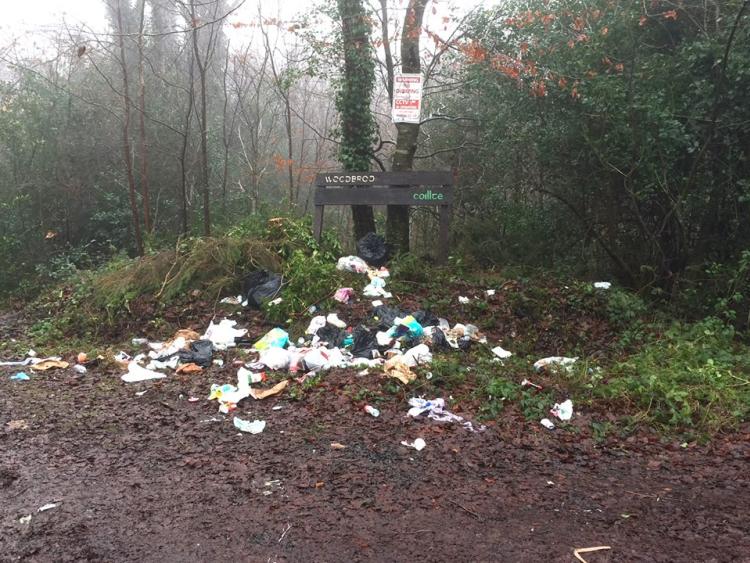 Illegal dumping in a Laois woods

Ongoing dumping problems have led Laois county councillors to demand tougher penalties.
Cllr Tom Mulhall from Emo has called on Laois County Council to ask the Government to change the law to allow it “name and shame” people caught.

He and other councillors also want litter fines increased in line with the amount dumped.
“If €150 is the fine for a piece of paper or chewing gum, then the fine should be more for a bag of litter. The scale of dumping since New Year has been appalling,” Cllr Mulhall said at a recent council meeting.

“This is costing Coillte and Laois County Council a lot. The last call I got, there was 14 black bags on a site that was only recently cleaned up. This is probably going to get worse. It was dumped near a house, the owner said it was nearly the same as someone breaking in,” he said.

He was seconded by Cllr John Joe Fennelly.
“More bags were left on the two lanes to Abbeyleix Bog. It's local people doing it, Laois people dumping on Laois roads,” he said.

Cllr John Moran agreed but wants leniency for lesser offences, such as people leaving a box of bottles beside a full bring bank.
“Punishment should be higher but for mistakes it should be waived,” he said.