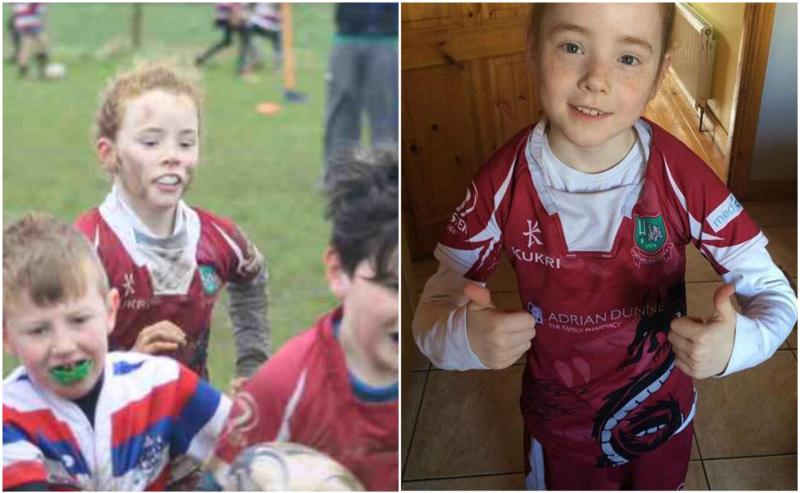 A little Laois girl will do her family and friends proud as the Irish Rugby Mascot for the upcoming Six Nations rugby game against Wales.

Under 9’s player for Portarlington Rugby Club, Fiadh Lawlor, has been selected by Aldi in their ‘Ireland’s biggest little fan’ competition to walk out with the Irish squad as an Official NatWest Six Nations 2018 mascot.

Fiadh will walk out with the boys in green on Saturday, February 24 for their game against Wales in the Aviva.

Nine year old Fiadh goes to school in Emo and has played rugby from the age of five for Portarlington Rugby Club.

Speaking to the Leinster Express, Fiadh’s mother, Sinead, said she is very proud of her daughter who hopes to play for the Irish women's rugby team some day.

“She is super excited, she absolutely loves her rugby and hopes to play for the Irish Women's Rugby team in the future.

"I tried to convince her to play a bit of GAA last year when the rugby season had finished up. The reply I got was 'are you mad mammy, I am a rugby woman, no football, no soccer, JUST RUGBY!'"

"She plays rugby for her local club Portarlington R.F.C. They are a fantastic team with brilliant coaches. We were watching one of the Irish Women's game last year and she said to me 'I hope I can wear that green jersey when I'm older and make all my family proud'.

“She reckons she will be famous after her appearance in the Aviva!

“Her family and friends are so proud of her and can’t wait to see her on the big screen," Sinead said.

There was great excitement when Fiadh, her mam and her dad all received tickets for the Presidential box at the Aviva for the game.

Best of luck to Fiadh and the boys in green next weekend! 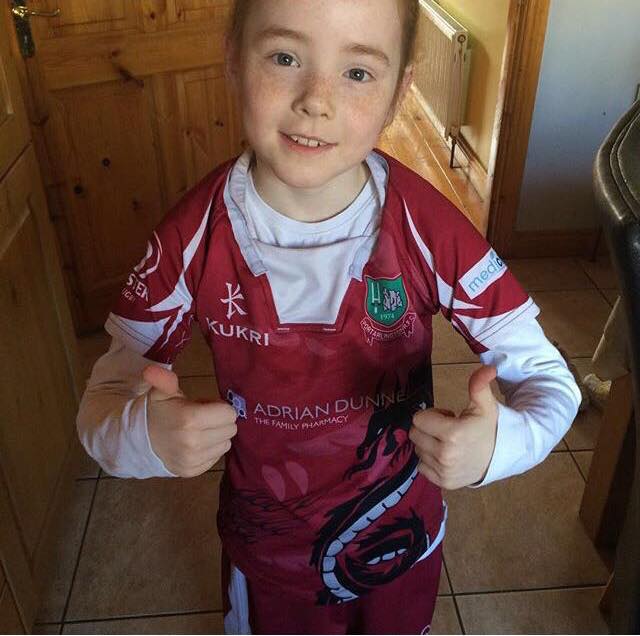