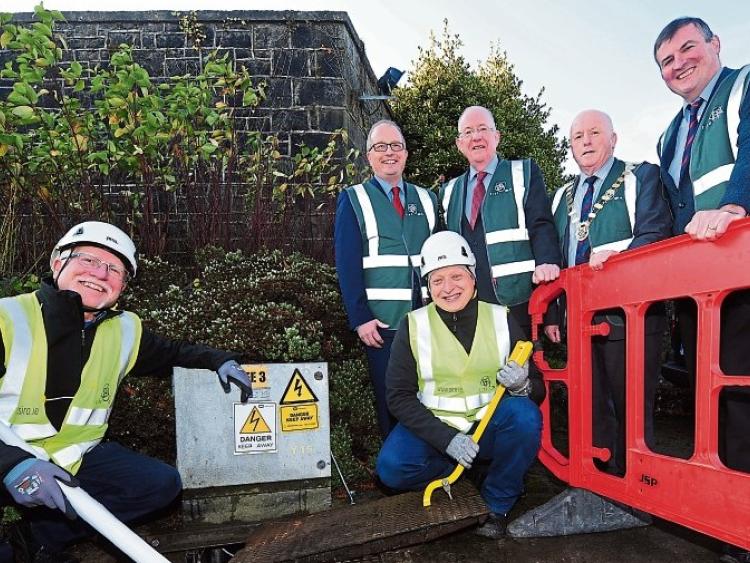 Siro broadband roll out in Portlaosie.

Laois County Council is waiting on yet to be appointed Government selected consultants to come up a cost saving one size fits all broadband strategy for Laois and other county and city councils.

The Mobile Phone and Broadband Taskforce implementation review 2017 was published this week by Minister for Communications, Climate Action and Environment Denis Naughten.

Kieran Kehoe, Director of Services at county hall, has an oversight role. He outlined steps by the local authority in facilitating the extension of broadband countywide.

"We appointed Antoinette Brennan as our broadband officer in 2016. I am the designated Director with responsibility for Broadband. Antoinette continues to liaiase extensively with the Department, the broadband and teleco providers and indeed the public in relation to broadband for Co Laois," he said.

But the officer, Mr Kehoe and other staff have yet to have a strategy to work on.

The implementation plan says external consultants are to be recruited to work with all 31 local authorities to develop a local digital strategy for their areas. It says the local digital strategies will help ensure that business and communities are in a position to realise the full benefit of the National Broadband Plan once it is rolled out across the country.

Mr Kehoe said the County Council is waiting for the plan for Laois.

The target for such strategies was due to be met by Minister Naughten's Department and County and City Management Association last year. The implementation plan says the new target is the last four months of 2018.

The implementation plan says a mobile phone coverage black spot pilot project was due to be expanded to all 31 local
authority areas. Mr Kehoe said one such black spot has been addressed.

"We were one of the successful pilots on this Nationally as we identified a black spot in Errill and through engagement with EIR we agreed a new location for a mast and areas which previously had little or no mobile coverage are now experiencing excellent mobile coverage," he said.

Mr Kehoe also confirmed that ducting/piping has been laid along the M7/M8 motorways through Laois to facilitate cabling.

He also said Portlaoise town also has 1GB broadband available from SIRO as does other towns through the EIR network.