Arson suspected as fires started in a vacant Portlaoise school 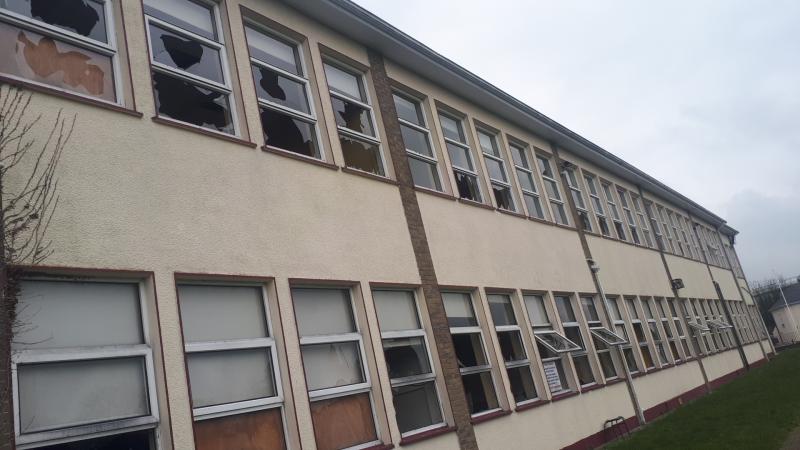 A fire was started in a first floor class room of the old St Paul's national school on the Borris Road.  The fire was reported at 6.30pm. Fire crews from Portlaoise and Stradbally as well as Gardaí attended the incident.

"The fire was extinguished fairly quickly but the room it was started in was quite damaged," a spokesperson from Laois Fire & Rescue Service told the Leinster Express.

The room was secured last night for Garda forensics to examine, and the Gardaí were on the premises again this morning.

It was the second fire in recent days in the school. Another fire was started last weekend which fire crews also had to attend and extinguish.

St Paul's NS was closed last June, and has since been broken into and vandalised.

Watch a video of the vandalised school here.

The site is owned by Portlaoise Parish, but the building is scheduled to be demolished and a new school built for St Francis Special School by the Department of Education.

Demolition and construction was expected to start in late 2017 but will not now start until this summer.

Portlaoise parish Priest Monsignor Byrne said he cannot spend parish money to secure the building if it is to be knocked. However the Department of Education say that security of the site will remain with the owner.