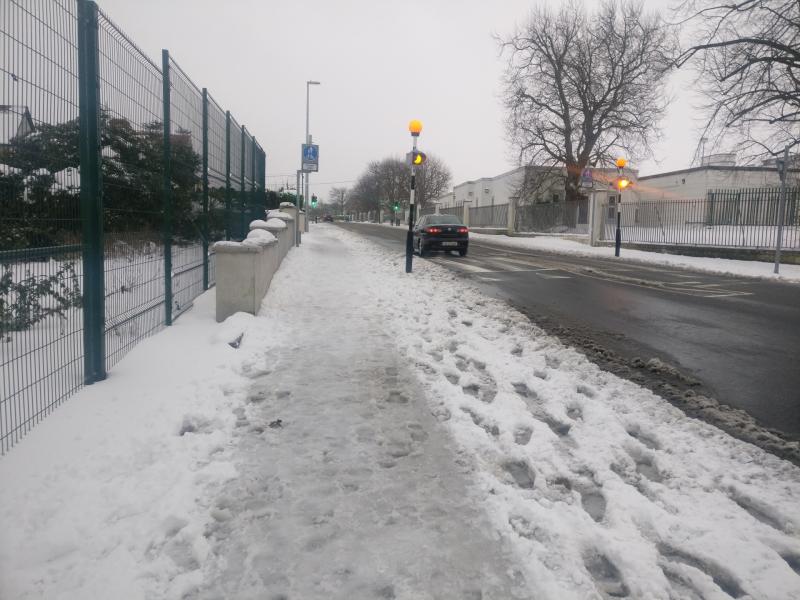 Snowfalll has stopped in many parts of the country and a Status Orange weather warning is in place for Leinster and Munster until 6pm on Saturday.

People are now fearing the worst in terms of the snow melting and causing serious flooding.

The series flood event in November 2017 in Laois is fresh in people's minds after hundreds of homes and businesses across the country were hit by an unprecedented flood.

Locals in the Rosenallis and Clonaslee areas near the Slieve Bloom Mountains are now fearful of flooding as temperatures rise.

Met Eireann has said that there is a risk of localised flooding.

"Elsewhere any snow will turn to sleet and rain later this morning. In the afternoon the rain could turn heavy in the east and south, giving a risk of localised flooding due to melting snow. Temperatures will stay around freezing in northern parts but further south they will rise to values between 3 and 6 degrees this afternoon. Easterly winds will be moderate to fresh, but still strong along the east coast."

It is expected to take a couple of days for services to return to normal after the high levels of snow that have fallen in the last number of days.

Some 22,000 homes, farms and businesses are still without power this morning. There have been no power outages in Laois due to the storm.

Storm Emma brought Portarlington to a 'standstill' and worst ever snow on Laois Offaly border town.

Disruption at Dublin & Midlands hospitals 'into the early week' due to Storm Emma.