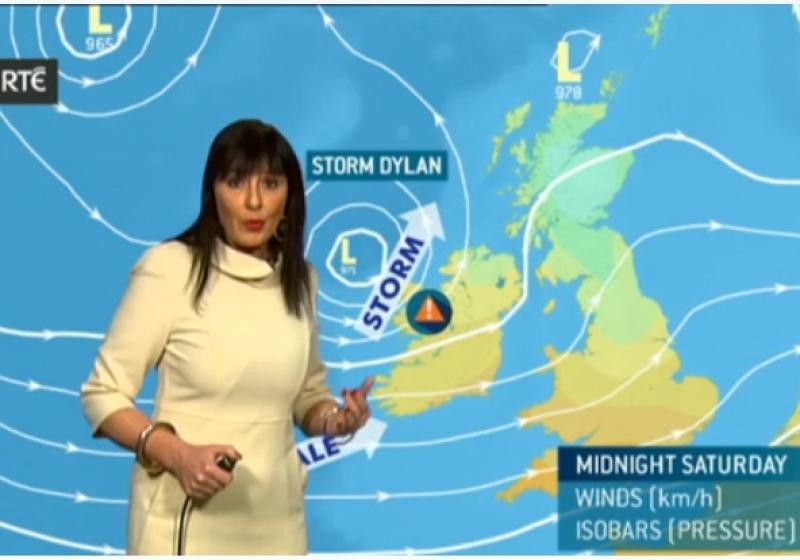 Met Eireann issued a Status Yellow weather alert which is valid until 6pm on Monday evening on this Easter weekend.

Heavy rain and strong easterly winds will continue on Monday with the rain turning increasingly to sleet as it spreads north with some snow on hills, and possibly at lower levels also in northern parts.

Sctd falls of rain for a time this morn, esp further N, with some wintry falls here. Brightening up a small bit later with brisk E winds easing too, however sctd heavy shwrs will follow. Highs of 8 to 12 deg across the S half of Ireland, colder elsewhere with highs of 3 to 7 deg. pic.twitter.com/XajhsAnfK8

On Monday, rain over north Leinster and Connacht will gradually move further north during the morning and will linger over northern parts today with some sleet or snow there on high ground.

Showers will follow in most other parts during the morning. In the east and south the showers will be heavy. After a cold start, temperatures in the southern half will rise to values between 7 and 11 degrees but it will stay cold over northern parts with afternoon temperatures of only 3 to 6 degrees.

On Tuesday night, showers across the country, merging into longer spells of rain in the east and south. Long clear spells as well in the west and north. Lowest temperatures ranging from 1 degree in the northwest to 6 in the southeast.

On Wednesday, sunshine and showers. Some showers heavy and merging into longer spells of rain, but becoming drier towards evening.

Highest temperatures of 7 to 10 degrees in moderate northwesterly winds.

Met Eireann forecast that is will be mainly dry on Wednesday night with skies clearing. Turning very cold with widespread frost. Lowest temperatures between -3 and +1 degree in light breezes.

On Thursday, it looks like most places will stay dry on Thursday with just the threat of rain in the west. Some sunshine will develop in the east, while the west will be predominantly cloudy.

Highest temperatures 8 or 9 degrees. Thursday night is looking milder with no frost. Some rain may occur in Atlantic coastal areas, but most places will probably stay dry in southerly breezes.

Laois family get the filmstar treatment at the LauraLynn Oscars awards.