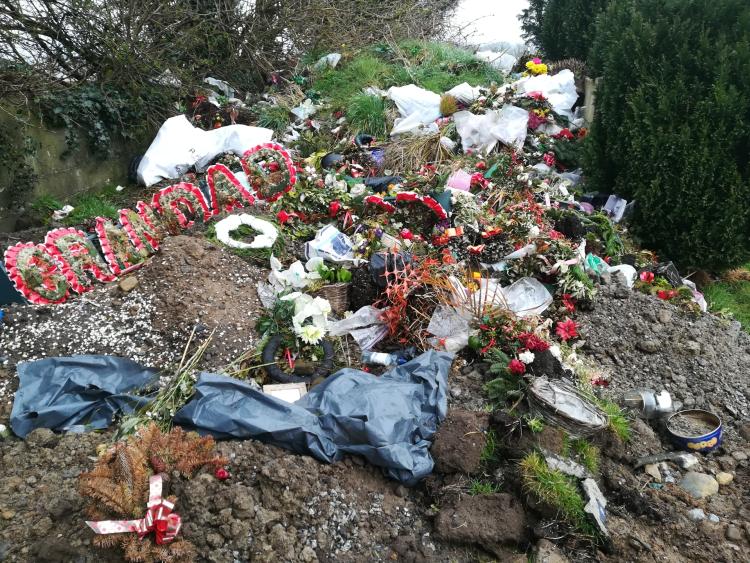 There is growing upset in Stradbally as a rubbish bay in the town's graveyard is piling up and becoming a spot for illegal dumping.

Shocking pictures have emerged showing the growing rubbish pile in the corner of the graveyard where old wreaths have been dumped.

There are no bins in the graveyard which is managed by Laois County Council, visitors are supposed to take their rubbish and old wreaths home with them.

Council workers in the local depot in the town have cleaned it out in the past but this came to a halt and the rubbish has been piling up for a number of years now.

The dumping at the graveyard is not just left behind after visitors with old flooring, parts of washing machines and other illegal dumping taking place.

Cllr Tom Mulhall has said that he has made the environment department of the local authority aware of the dumping in Stradbally graveyard.

Cllr Mulhall called the dumping in Stradbally and Emo graveyards "a thundering disgrace". He added that the Council has cleaned out Stradbally graveyard in the past.

"When people resort to dumping in a graveyard that is the end of it altogether. The council will have to get it removed.

"I have seen it myself over Easter when walking in Emo there are bags with over 50 empty beer cans on the side of the road.

"I would like to see it cleaned up and for no more dumping to happen in Stradbally graveyard anymore. People need to bring their rubbish with them when they leave.

"It is something that always comes up and the environment section are doing good work with news signs and cameras around the county but it is getting harder and harder.

"It is a small percentage of people who take part in illegal dumping, most people are totally anti-litter," he said. 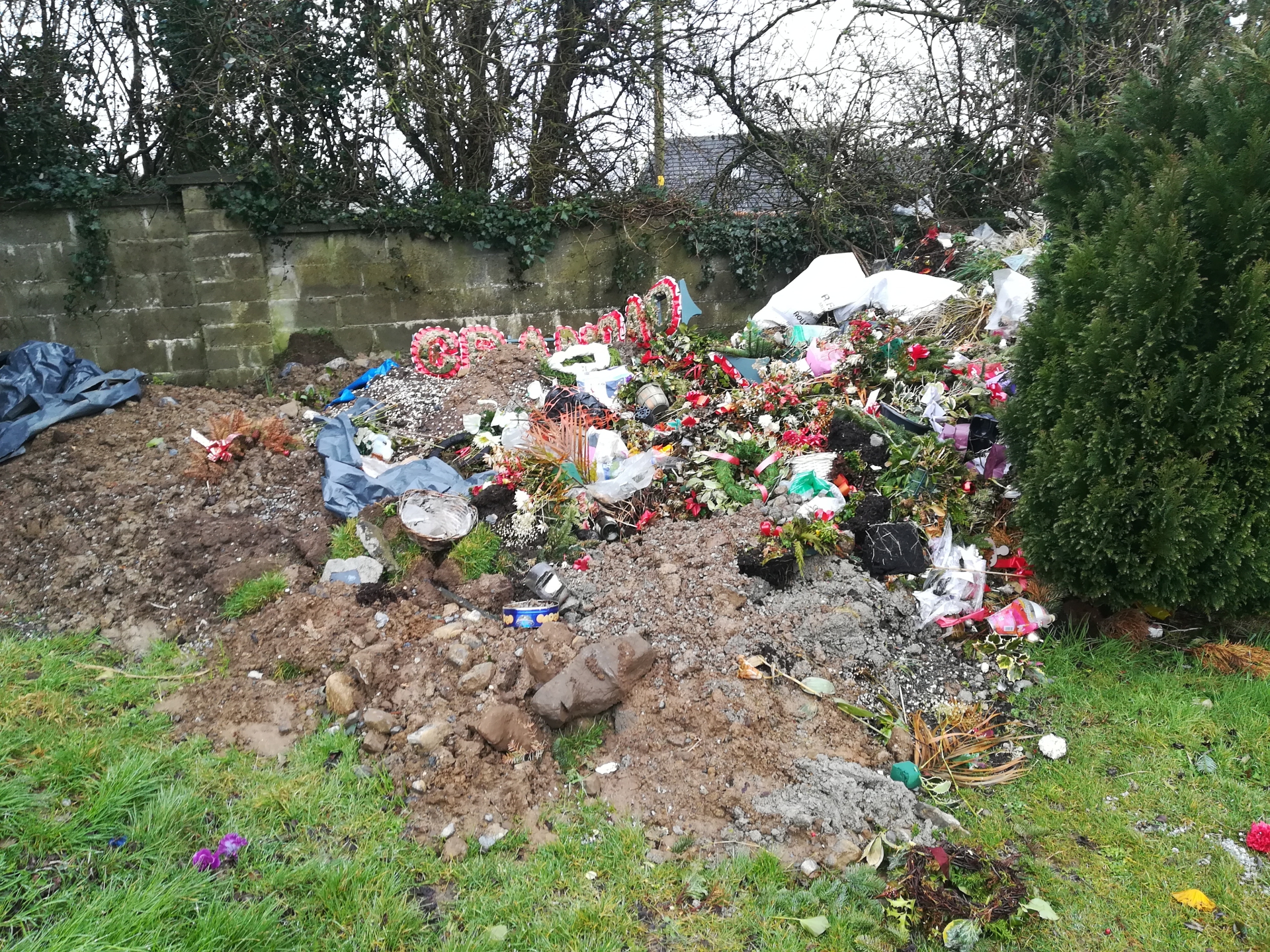 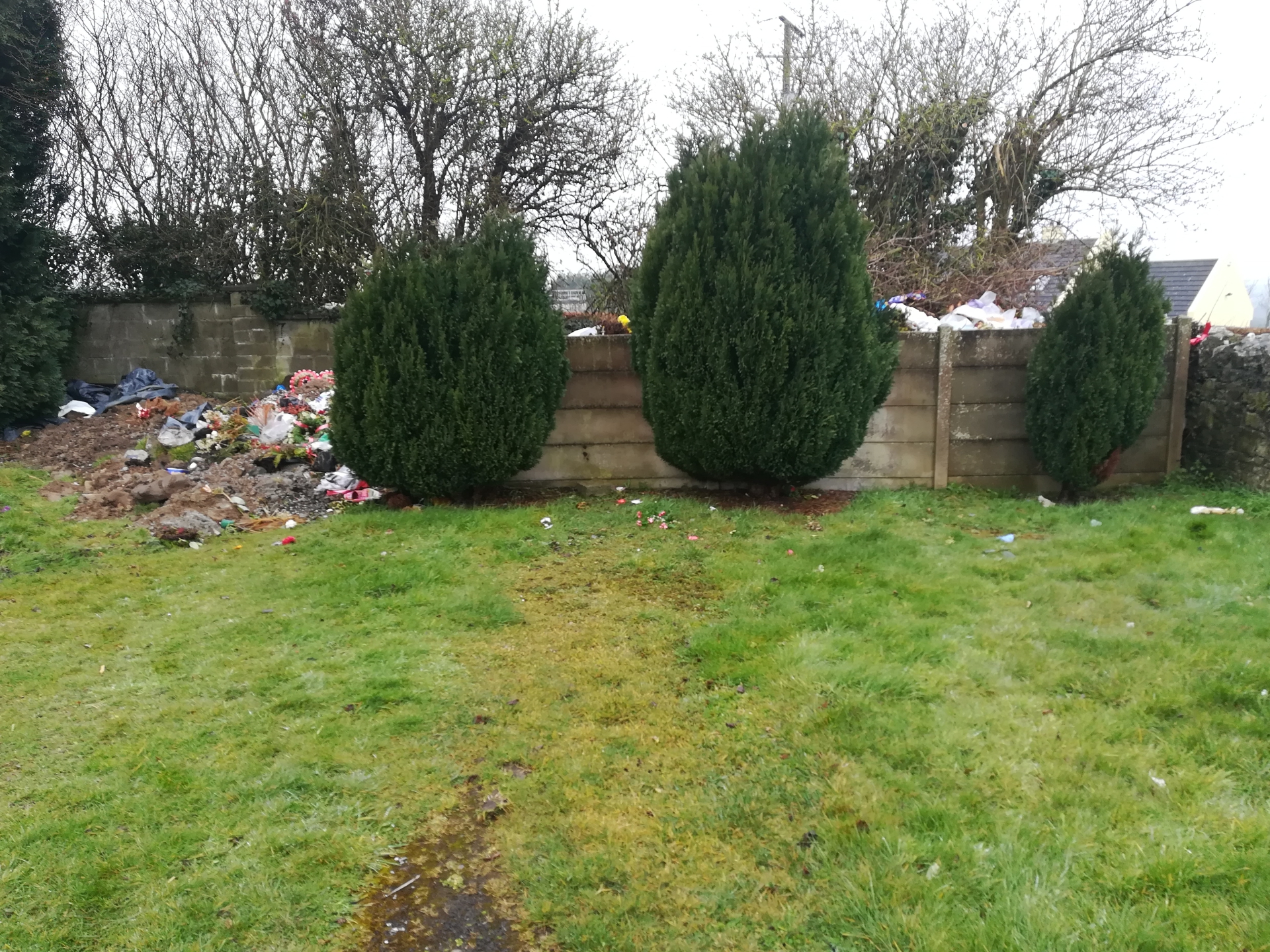 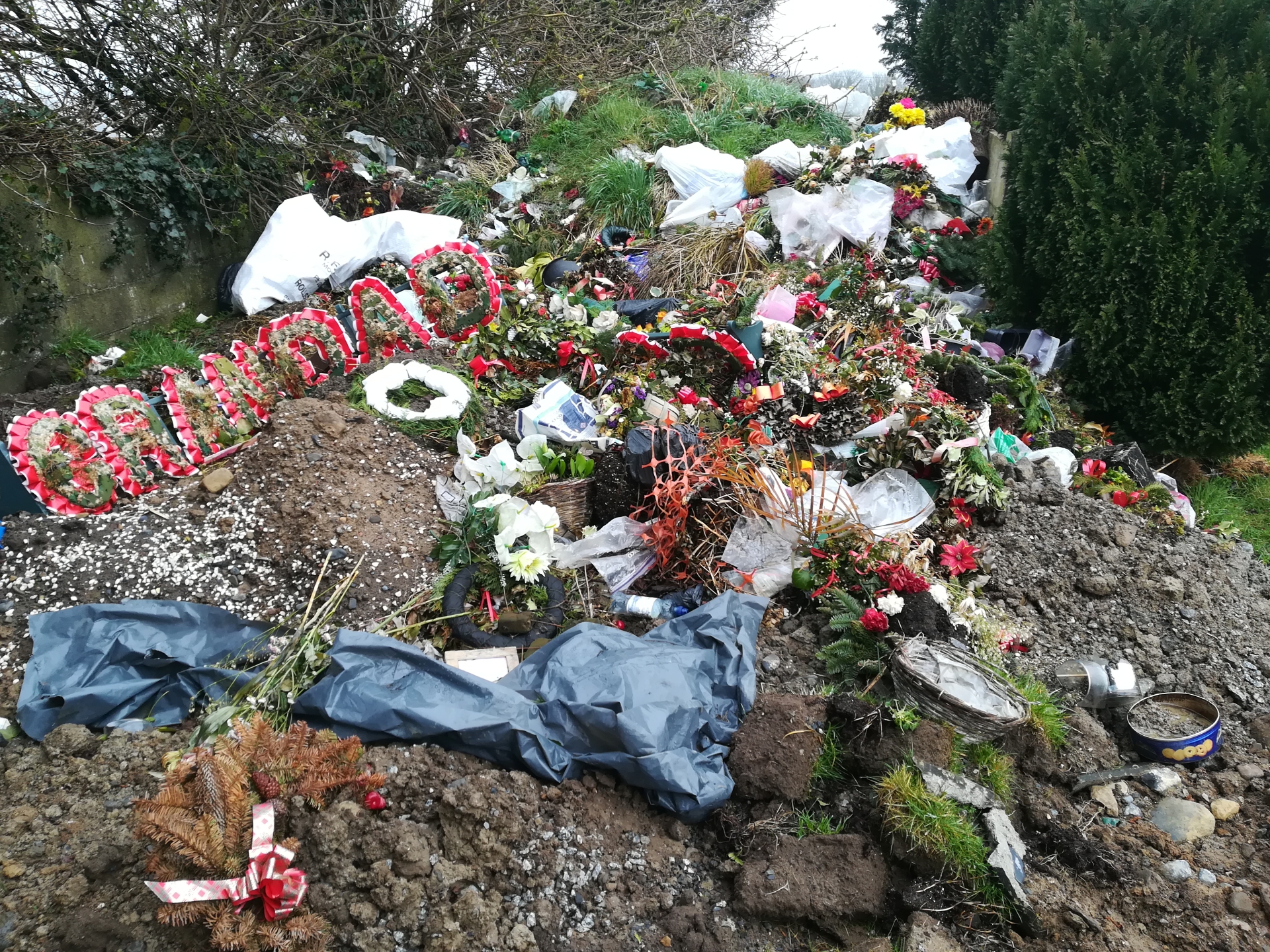 Midlands Prison Portlaoise to get 'jail within a jail' unit for violent prisoners.