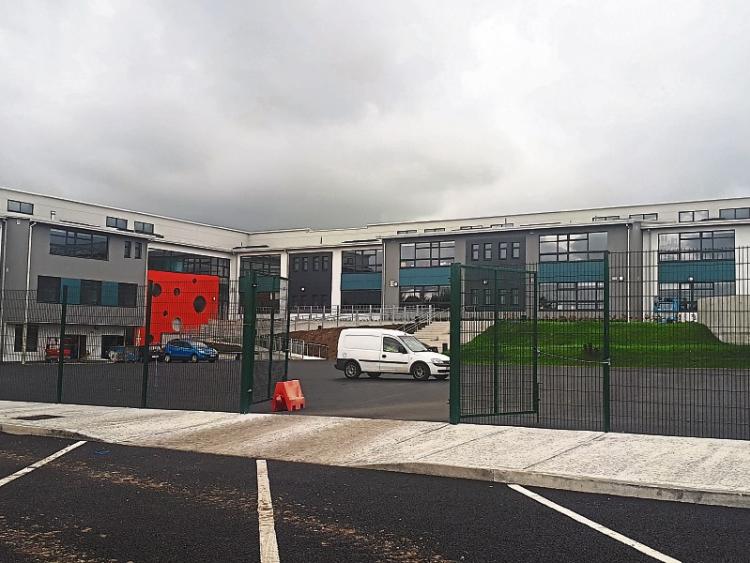 An Irish construction company that is responsible for completing the construction of Portlaoise's biggest schools has been forced into examinership following the collapse of a major builder in the UK.

An interim examiner has been appointed by the High Court to Kidare company Sammon Group. The construction company has the contract for the Holy Family Senior and Junior Schools in Portlaoise. It has run into financial problems as a result of the collapse of Carillion in the UK.

The schools opened last September (2018) after a year's delay but some work remains to be completed. A sports hall was only signed over in recent weeks but other work has yet to be finalised.

However, he said that substantial sum of money has yet to be paid to Sammon as work is outstanding. While he accepted that the situation could become complicated, he said the building was substantially complete and the builders difficulties may not present big problems.

Msgr Byrne has discussed the matter with his design team who are seperate from Sammon.

"We are hopeful that the impact on our contract will be negligible," he said.

He admitted that there had been difficulties along the way. He said it was originally an 18 month contract but ended up being three years.

He indicated that the retention of funds gave security and was reassured by the fact that the examiner's appointment gives the firm 100 days protection from creditors. He did not rule out the possibility that another builder may end up having to deal with snag list if Sammon goes under.

Sammon has not yet been in touch with Msgr Byrne as to what will happen next.

Sammon is building six schools and colleges here under a Public Private Partnership between the state and UK company Carillion which collapsed in January.

Sammon was subcontracted to build the five schools and a further education building on behalf of a joint venture between Carillion and the Dutch Fund.

The projects stopped after Carillion collapsed. A retendering process to complete them is now underway.

RTÉ News reports that subcontractors who were involved in the school building projects impacted and who are owed significant sums by Sammon.

The company says it is regrettable that they have had to seek an examinership, but is hopes to provide a framework that will allow it to survive.