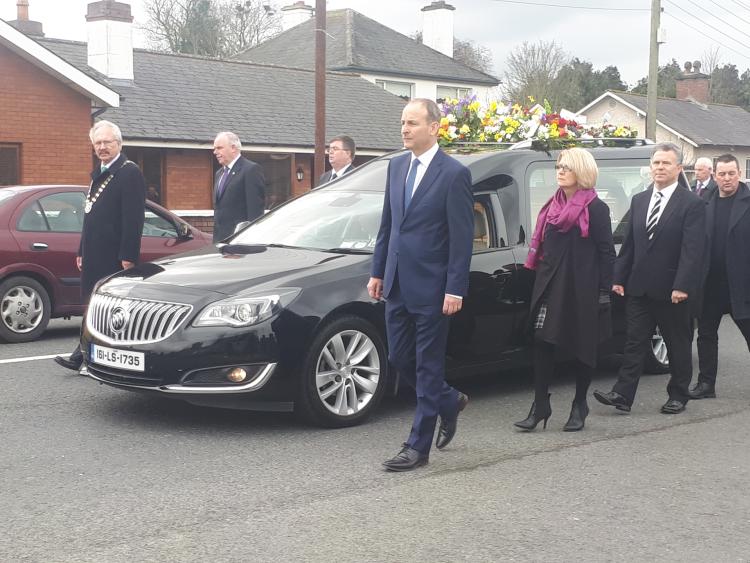 "A loyal and faithful friend to Portlaoise," was recalled at the Funeral Mass of Cllr Jerry Lodge in Portlaoise this Saturday afternoon.
A host of national and local politicians from across the political spectrum attended the Requiem Mass in SS Peter and Paul's Church at 1pm, including Fianna Fail leader Micheál Martin, former Taoiseach Brian Cowen, Sean Fleming TD and Fiona O'Loughlin TD. 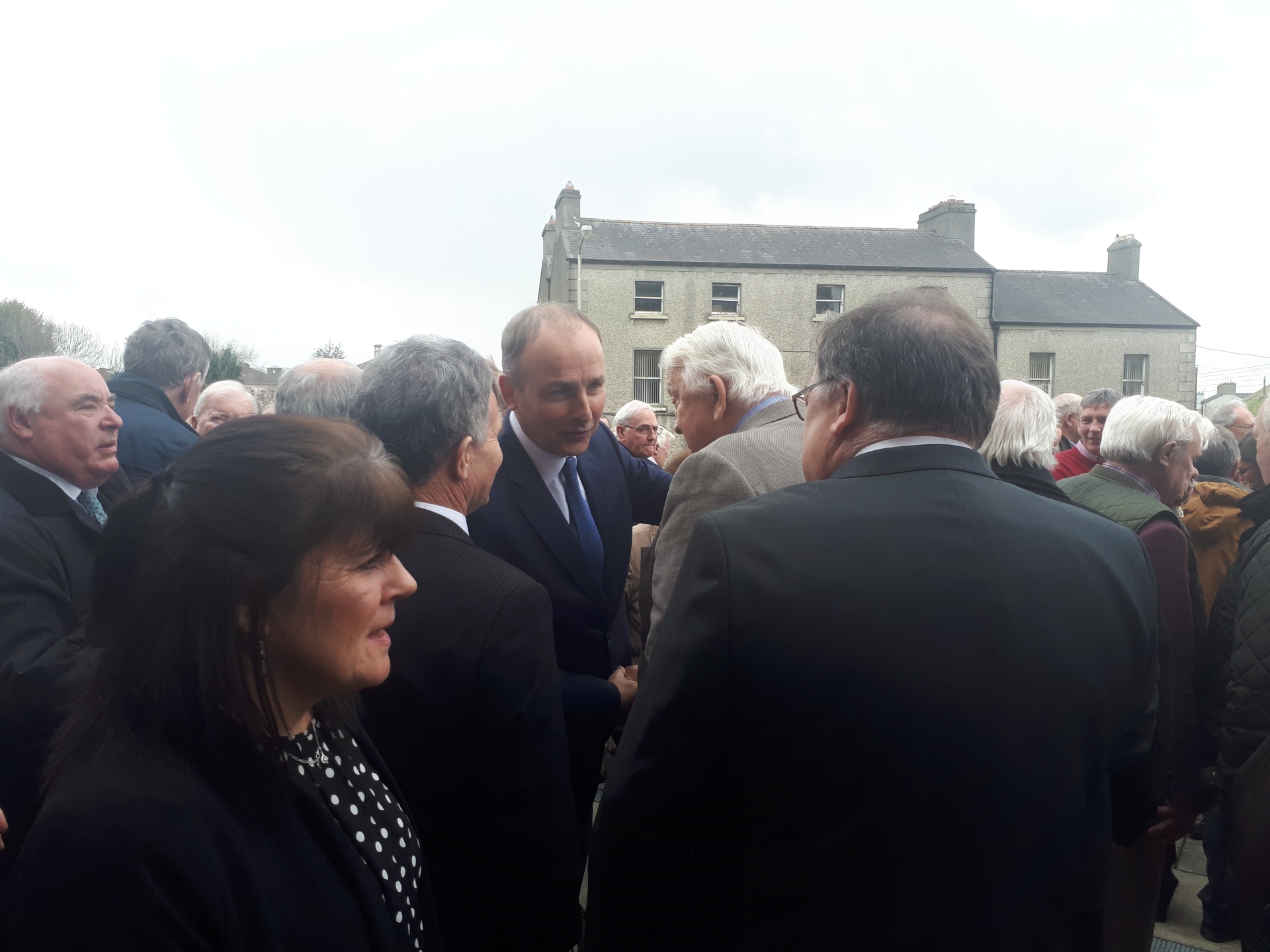 In his homily, Fr Paddy Byrne noted that Cllr Jerry Lodge was a man for whom community was key.
"In his own personality he had the seeds of conciliation. He was not a man about building walls, but building human bridges.

"In the world he live in, we are unfortunately very quick to judge and condemn. People like Jerry Lodge inspire hope, inspire public service. Public service is a noble endeavour that builds peoples lives, that brings us together."
Fr Paddy recalled Jerry Lodge's work on the Portlaoise Tidy Towns committee.
"He was not afraid to roll up his sleeves and get his hands dirty in the business of service," he said. "Portlaoise is a wonderful place, a fantastic place. The work that Tidy Towns has done is a fitting tribute to men like Jerry and to his good friend Kathleen O'Brien, who also passed away in recent times.

Fr Paddy noted that education was key to the public life and service of Jerry Lodge. "In terms of educaton we have over 5,100 children under the age of 18 are in our secondary and primary schools, and over 4,000 of those in Catholic primary schools.

"People like Jerry Lodge and our public servants and TDs and leaders of political parties have been supportive in the education and the re-awakening of the good schools we have here in our parish.

"Msgr Byrne is very proud of the fact that not one child in this parish is being taught in a prefab, and that does not happen without work, without conciliation without a concerted vision and effort.

"Two weeks ago at one of his final public meetings where elderly residents were feeling overwhelmed by bad behaviour, Jerry, who was very very sick at the time, prioritised, engaged, listened and offered support. 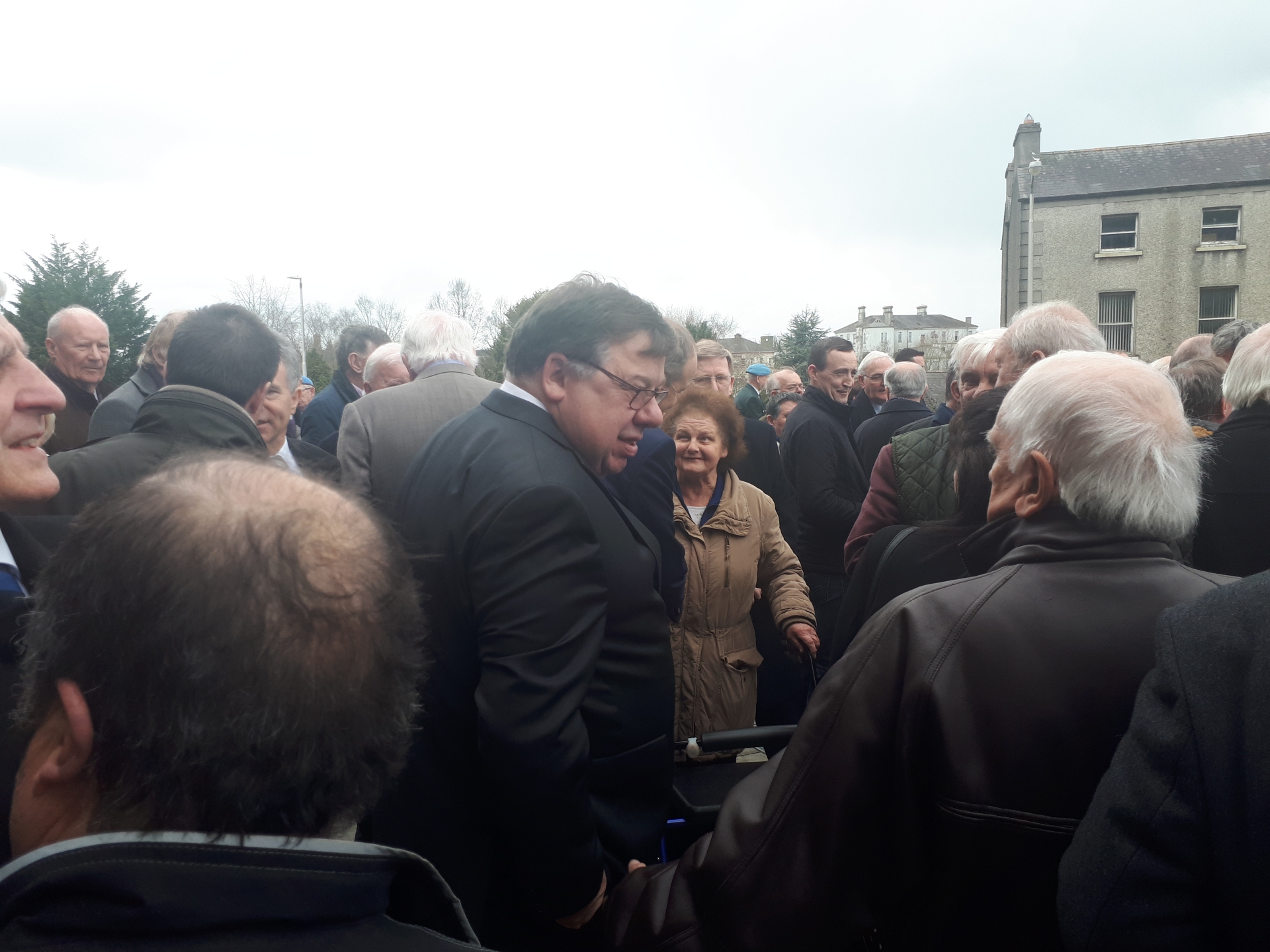 "Jerry kept away from facebook and twitter but would always prioritise knocking on the door. Even in adverse times he would listen to the negative and never enter into a big argument in a negative way, but always be present to the needs of the people," Fr Paddy noted.

The First and Second Readings were read by Cllr Padraig Fleming (Cathaoireleach of Laois County Council) and Cllr Mary Sweeney.

To the strains of the 1981 Fianna Fail general election song, 'Arise and Follow Charlie' Jerry's remains were led from the Church.