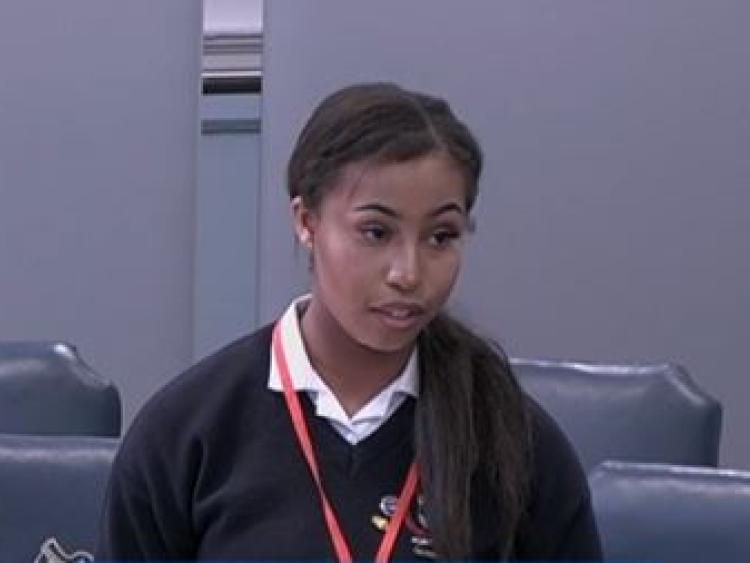 A Laois student had her voice heard in the Seanad chamber on Wednesday morning at a debate over gender equality for secondary school students.

Joylaine Fajimiyo, from Scoil Chriost Rí in Portlaoise, represented her school and county as she was the only Laois student to be selected out of 350 applicants.

The youth debate was part of Vótáil 100 celebrations to mark the centenary of women getting the right to vote.

During the debate Joylaine stated that gender inequality was still prevalent in Irish society more than 100 years after we celebrate women such as Countess Markievicz.

“I strongly believe the solution to gender inequality is through the education of society.

"No one is born racist or gender biased. It is only taught. Therefore, we have to teach our children to believe that men and women are equal," she said.

Some students brought up other issues like homelessness during the debate.

Well done to Transition Year student Joylaine Fajimiyo who represented us so well when speaking in Seanad Eireann. Have a look at the link below to see her in a clip from RTE News. https://t.co/IWR8EogXJ5