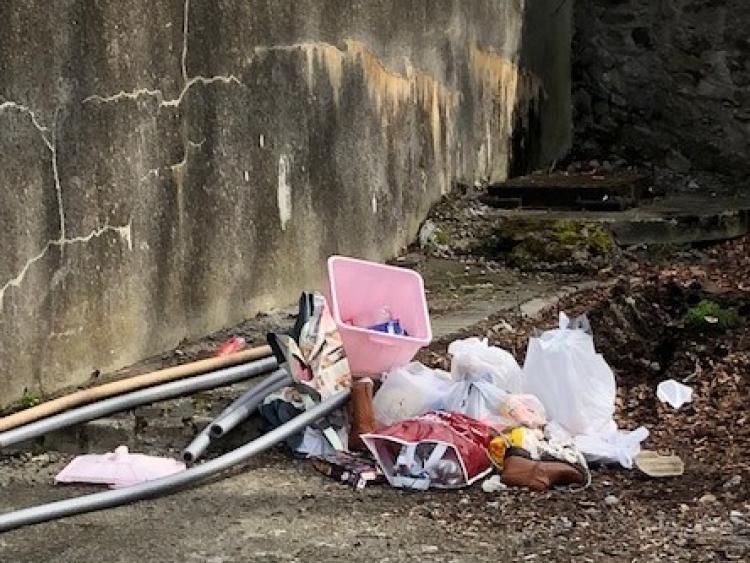 Rubbish dumped in a corner of the ridge road carpark.

Brazen illegal dumpers strike in broad daylight at a Laois County Council car park in the heart of Portlaoise.

While must fly tipping is confined to rural areas and side roads, the people behind this incident choose a town centre location.

They struck at around on Thursday, April 19 at around 1.45 pm in the all-day car park just off the Ridge Road roundabout.

An eyewitnesses told the Leinster Express that a dark silver transit van pulled into the car park. In almost the blink of an eye the van was gone in again but not before depositing a load of household rubbish in a corner area.

The witness said it happened so quickly that they did not even notice anybody getting out of the van to dump the rubbish. He believes the rubbish was dumped out the side door of the van.