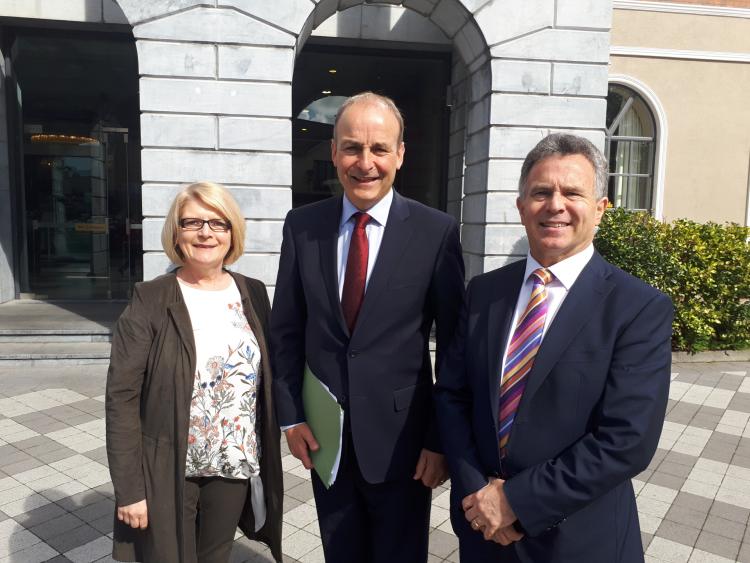 Fianna Fail leader, Micheál Martin said that the "lack of any certainty or decision on Portlaoise hospital is creating an aura of uncertainty around it."

Deputy Martin was speaking on Thursday morning, during a visit to Portlaoise and a press briefing in the Midlands Park Hotel.

"I met a delegation from the local hospital action committee last December. At that stage the Minister for Health had indicated that there would be early consultation with local GPs and other stake holders. I'm amazed that very little, if anything, has happened since then. The Report is still on the Minister's desk.

"You need certainty in terms of the hospital's future. Lack of it leads to a lack of confidence. I would be saying to the Minister that with the crisis in A & Es across the country, and too many people waiting on trollies, that we can't figure how he would close another A & E, particularly given the population growth of Portlaoise itself, and its wider hinterland.

Deputy Martin said he hoped there would not be a general election this year. "The third budget will be difficult and we will be looking for more  transparency on the health budget. It will be hard negotiated. We will have the Finance Bill and Social Welfare Bill. There is a review clause and we will look at it then. We are unhappy with the situations in housing and health."

Fianna Fail will be seeking three seats in Laois-Offaly. As regards the third candidate, he said that it was a matter for the party's constituency committee. "Sean Fleming and Barry Cowen have high profiles and we will be looking to them to deliver a third seat."

Deputy Martin said that the IDA would have to re-prioritise the regions for development. "The IDA visited four times in 2017 which tells me that there is no plan for Laois and the county has not been marketed.

"The county's location is very good. Dublin is congested and there is a need to re-balance economic development. It's far better value all round to get development here. The IDA have to prioritise the regions."