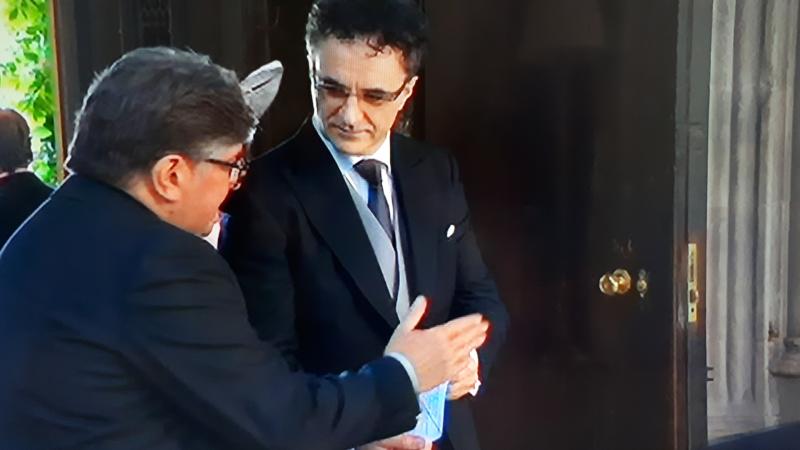 Laois man on the way into St George's Chapel.

Laois native and The Supervet Noel Fitzpatrick joined David Beckham, George Clooney and many other guests at the Royal Wedding of Royal of Prince Harry and Meghan Markle.

Noel, from Esker, Ballyfin, was among the early arrivals at St George's Chapel for the nuptials. He was not accompanied by a guest.

Noel answered the call from Meghan last year when her dog, Guy, reportedly broke two legs. The beagle was injured after being flown from the Suits actress' home in Toronto to London.

The Royal bride was said to be distraught when her pet rescue dog was injured. The dog recovered after being treated by Noel and his team.

Noel moved to to the UK in 1993 and he is director and managing clinician at Fitzpatrick Referrals. Noel and his team feature in the hugely popular Channel 4 series The Supervet.

He still has family in Laois including his sisters Josephine and Frances. After attending the Patrician College Ballyfin, he went on to University College Dublin to study veterinary medicine.

Some 2,640 guests were invited to the Royal Wedding.