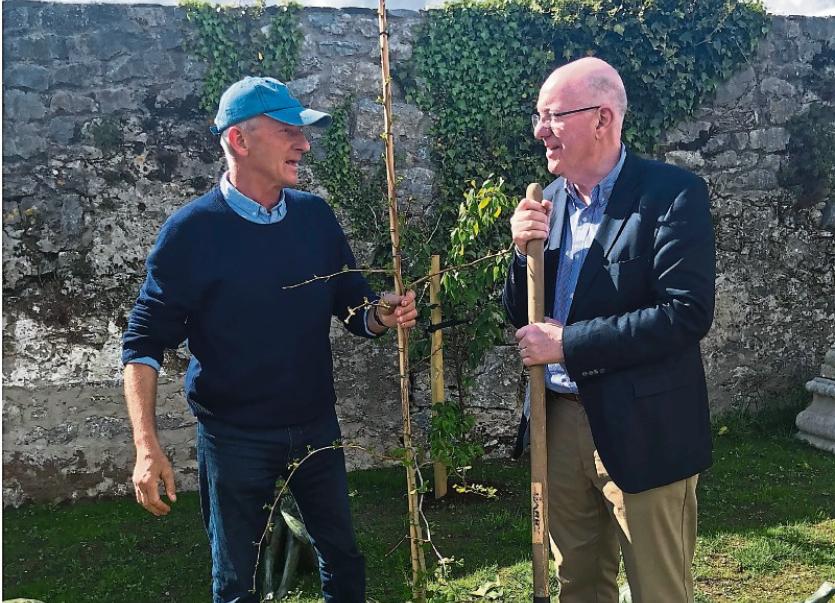 The name Glantelwe comes from the late Middle Ages and is an anglicized form of Gleann Tulaigh (the glen of the hillocks).

It first appears in the Red Book of Ossory where, in the 1460s, Bishop Clifford of Ossory is recorded as marking the bounds of his Durrow manor with named witnesses that are locally resident.

Glentelwe extends along the north side of the river Erkina from the obelisk field - visible opposite Castle Durrow - through a series of hillocks that encompass the local GAA grounds and terminates at the confluence of the rivers Erkina and Nore that is located a few hundred metres east of the gardens.

In the early eighteenth century it was Lord Castle Durrow’s racecourse from which usage the current townland name ‘Course’ is derived.

Mills were a common feature of the manor economy of medieval Ireland.

By the mid-eighteenth century water powered machinery housed in substantial buildings were at the heart of a large-scale industrial and commercial enterprise.

The six stories high mill at Glantelwe was ten bays wide, while its two water wheels powered five sets of mill stones making it the fourth largest mill in the county.

Decades of ruinious decline were halted with the restoration of the miller’s house and the grain store.

Landscape designer Arthur Shakleton was commissioned to create a new garden centred on the ruinous mill whilst hugging the banks of the river Erkina.

This weekend you can preview 400 plus Lots of Garden Sculpture and Architectural Ornaments including Sundials, Garden Vases, Fountains, Benches, Spheres, Gates, Tables, Troughs and Sculptures, etc.

All goes under the hammer at Sheppard’s Irish Auction House, Durrow on Tuesday 29 May at 10.30 am. A free and fully searchable catalogue is online at www.sheppards.ie.