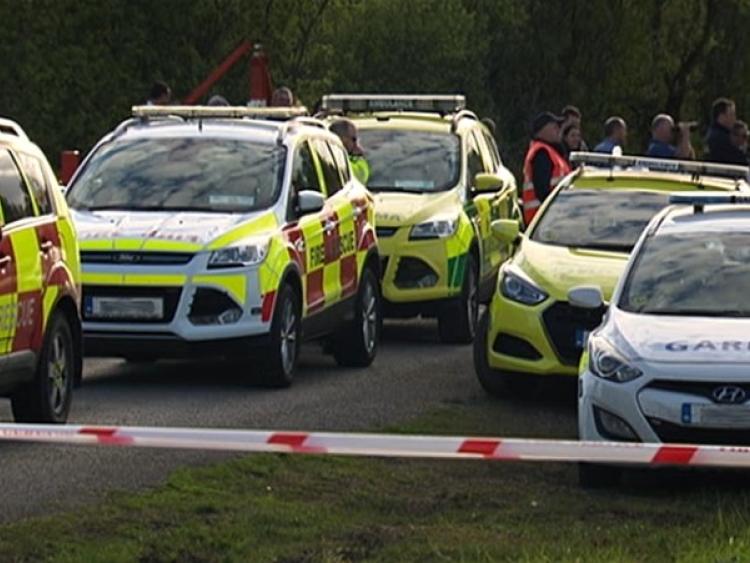 A preliminary report into the circumstances of the plane crash that killed two people in Offaly last month has uncovered CCTV footage of the aircraft moments before it came down on bogland near Clonbullogue on May 13.

Pilot Niall Bowditch and seven-year-old passenger Kacper Kacprzak were killed in the crash which occurred after the Cessna Caravan aircraft had dropped a group of 16 parachutists from the Irish Parachute Club in Clonbullogue.

The preliminary Air Accident Investigation Unit Ireland report says that CCTV footage from the nearby windfarm and training facility at Mount Lucas was recovered and appears to "briefly show the aircraft, in flight, in the distance, before it assumed a steep, nose-down attitude and descended below a line of trees as it approached the ground."

Further to this, several of the parachutists who had earlier jumped from the plane, provided the investigation with video recordings of their jumps. One of these recordings appears to show the aircraft for approximately one second, as it descended below a line of trees in the distance. The Investigation will seek to determine if it is possible to enhance the image quality of the recordings.

Three witnesses are also referenced in the report, one of which claimed to see the plane "on its left side" while another witness, who was walking in the area at the time, said "he heard the sound of an aircraft engine, looked up and saw the aircraft coming straight down, nose first, before it disappeared below a line of trees, located to his north-west."

This was followed by what the witness described as a “thump." It was at that time all three witnesses contacted the emergency services.

Work was also carried out at the crash site to recover the aircraft's Aircraft Data Acquisition System (ADAS+) unit, which is designed to record data from several engine and airframe sensors. The unit was found at the scene and was later sent to the USA for analysis.

Although analysis of the ADAS data is ongoing, the preliminary Air Crash Investigation reports says that "the data indicates that the engine was providing power to the propeller until the end of the data recording."

The radio activities on the plane were also noted in the report and after the pilot had indicated to the airfield that the jump had been completed, personnel at the Clonbullogue base said that the pilot made contact again to advise that the aircraft was on “left base" to the north-west of the airfield. The plane was then expected to land in a matter of minutes.

No further transmissions were received from the aircraft, and when it did not arrive as expected, the airfield personnel attempted to establish radio contact, but were unsuccessful, according to the report.

It's estimated in the report that the plane crashed shortly before 1.40pm on the day. The report says that at approximately 1:54pm, the Marine Rescue Co-Ordination Centre (MRCC) in Dublin contacted Clonbullogue airfield to advise that an Alert Signal was being received from an aircraft’s Emergency Locator Transmitter (ELT) close to the airfield.

Another aircraft, which was based at the airfield, was used to conduct a search for the missing aircraft. A land-based search was also initiated and Dublin ATC was informed of the situation. A short time later, the accident site was located less than three miles away from the airfield. There was no fire at the scene and the plane was partially buried in the bogland between Mount Lucas and Clonbullogue.

The plane was removed from the scene for inspection and the Air Accident Investigation Unit Ireland are continuing their investigations.

While publishing this preliminary report, the the Air Accident Investigation Unit state: "This Preliminary Report contains information, as known at this time, and does not contain analysis or conclusions. This information is therefore subject to change and may contain errors; any errors in this Report will be corrected in the Final Report."

They say the final report will be published "in due course."