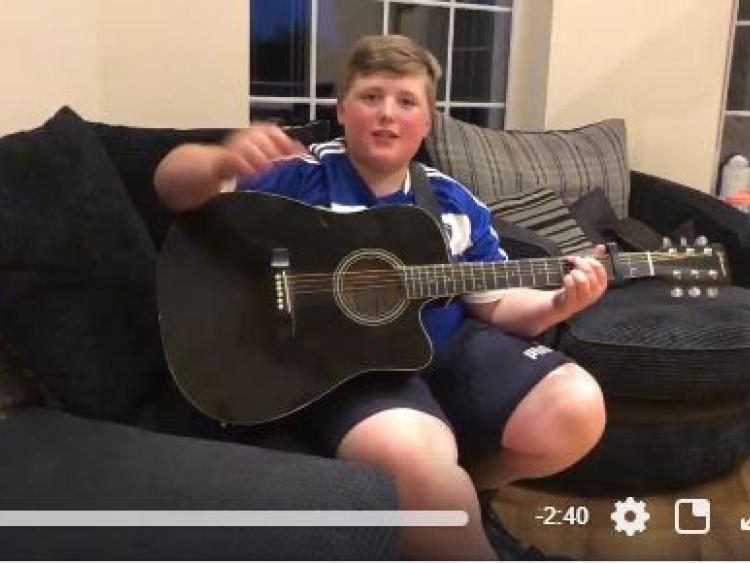 A young Laois supporter from Stradbally has written his very own lyrics about Laois's journey to the Leinster Senior Football Final.

The excitement in the county is growing ahead of the final against Dublin in Croke Park on Sunday week.

It was only a matter of time before someone broke out in song to celebrate Laois getting to the Leinster Final for the first time since 2007.

Flags are flying, jerseys are proudly worn and now we all have a song to sing thanks to Ross Molloy who put pen to paper to document Laois's journey in the Championship this year.

Ross's mother Liz Anne shared a video of Ross singing his song on Facebook and it already has almost 5,000 views.

We need Ross's song to be heard far and wide to build up as much support for the Laois team as possible over the next week.

Ross sings and plays the lively tune brilliantly on guitar. Watch below.

Both Laois GAA and Dublin GAA senior football captains to miss out on Leinster final.