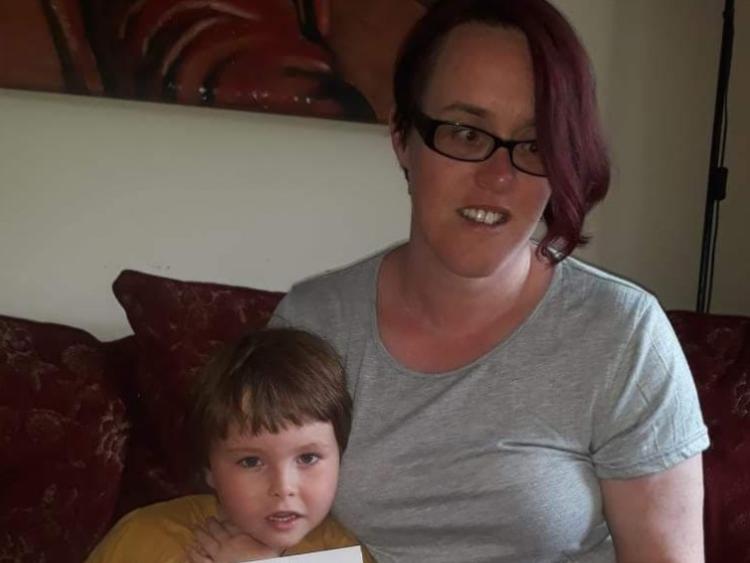 A Laois mother of three who waited a decade for vital services to help her son cope with Autism Spectrum Disorder has said he was “failed by the HSE.”

Edel Quinn from Portarlington said her son was assessed at five years old. Now ten years on he has only received some of the services he needs.

“My 15 year old had an assessment of needs at five years old and the whole process is still not completed,” she said.

Her son is now a teenager, he is six foot tall and very intelligent, but Edel told the Leinster Express he has the strength of a six year old.

“Unfortunately his physical issues are to the extent that I don’t know if he will be able to live independently.

“The HSE has failed my son and I want to raise awareness. Occupational therapy has failed him,” she said.

Having been assessed at five years old, her son waited a decade for multi disciplinary services ranging from occupational therapy, speech and language therapy and psychology, to name a few.

Speaking from experience, Edel said that children referred to the Early Intervention team in Laois/Offaly have a four to five year wait and so they are not receiving any of the services they need until they are eight or 9 years old.

“There is no early intervention. There is little or nothing. There is up to five years wait so they are not seen until they are eight or 9 years old and then they are moved onto the School Aged Team where they might squeeze in an initial assessment,” she said.

While spending years on waiting lists looking for answers and wanting to help her son, Edel, like many other families, has paid privately for services over the years but said the costs are too huge for families to constantly keep up for a long time.

She has a younger child who also needs the same services, and she has vowed not to let the same thing happen again. She has had to take matters into her own hands using videos on the internet.

“He has caught up now. I knew I wasn’t going to get anything and I knew not to hold my breathe.

“Laois/Offaly is one of the worst areas in the country, they are forgotten children in a black spot,” she said.
Edel said the system is difficult and children need a multidisciplinary team who communicate with each other.

“There is no multi-disciplinary team, no communication, you would never get them all in one room,” she said.
In a letter to Edel, the HSE stated that there is currently 'an extreme staff shortage across Laois/Offaly Disability Psychology Service'.

The Disability Psychology Service supports children aged 0-6 (Early Intervention) and aged 6-18 (School Age Team) however there is currently no psychologist in Laois for the School Age Team. Some 250 children are waiting 4-5 years for an assessment in Laois.

There are between zero and five psychologists in Laois for Early Intervention with 250 children waiting between one and three years.

There are 500 children on the four to five year waiting list for Early Intervention in Laois.