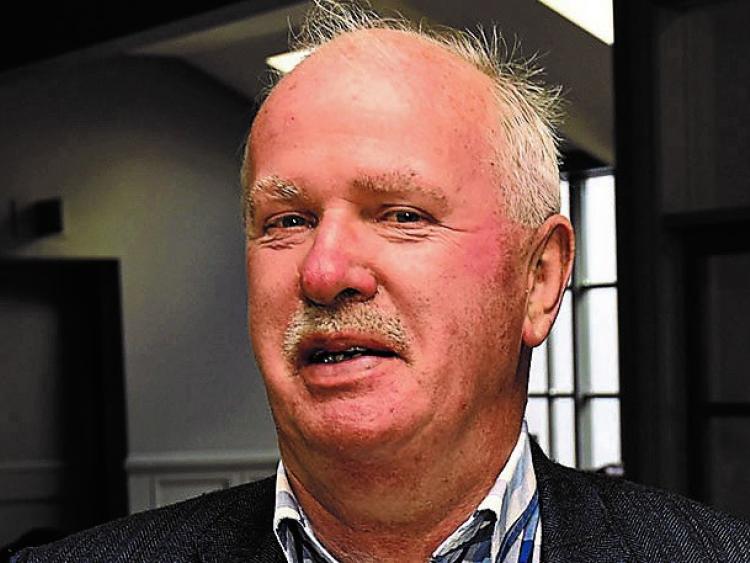 Huge crowds attended the funeral Mass of Pat Miller in Timahoe on Friday afternoon.
The well known businessman passed away on Wednesday following an illness. St Michael's Church in Timahoe and its environs were packed to capacity as the Chief Celebrant. Fr Dan Dunne recalled a "good, kind and generous man who was popular and very well known."

Fr Dunne, himself a relation of Pat Miller's, said that people were shocked by how quickly his death had come. His 70th birthday had been the previous Sunday (Father's Day).
He was above all a family man, and his wife, daughter, sons and grand children were at the very heart of his life, said Fr. Dunne in his homily.

"I knew Pat  for many years. He had a great interest in the GAA, was a great Laois supporter, and a very staunch and proud Timahoe man."

Pat's daughter Olga said that her father had a huge interest in people. "He loved the chats and meeting people in the shop.
In his working life he was greatly involved with the Traders Association in Portlaoise and the Chamber of Commerce and organising the St. Patrick's Day Parade in the town, she noted.

On the sporting front one of the greatest days of his life was when Laois won the Leinster final in 2003 against Kildare.

A guard of honour was provided by Timahoe GAA Club. The attendance included a large representation of Portlaoise business people and traders. The celebrants also included Fr Sean Kelly and Fr Paddy Byrne.