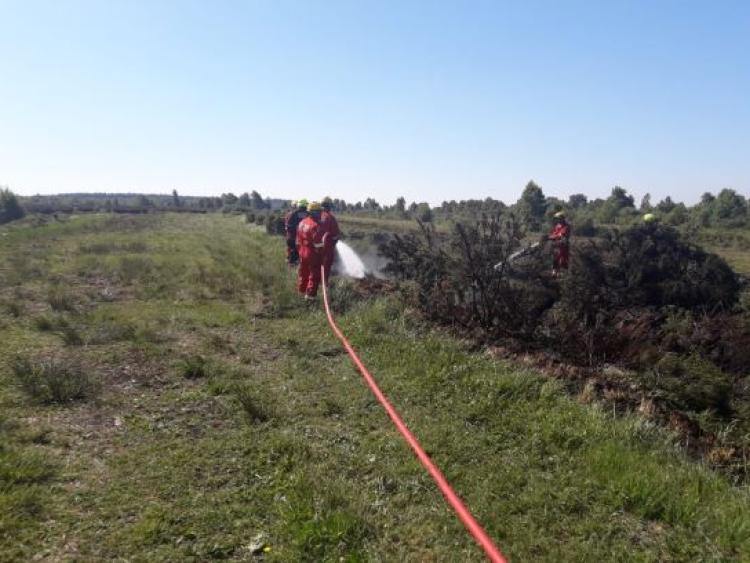 The Laois County Fire and Rescue service was called to a fire in the Portlaoise area on Thursday morning.

Portlaoise fire crew was called to the scene of the fire at Clonkeen Bog where rubbish and gorse were up in flames.

Luckily, the fire was called in by a member of the public very quickly and the crew were able to extinguish it before it could spread to adjoining peat and forestry. Empty plastic bottles and rubbish can be seen on the ground where the fire was in a picture shared by the fire service.

On its social media, the Laois County Fire and Rescue service said that a Red alert is still in place and it is "reckless and dangerous" to light fires in this weather.

Portlaoise fire crew called to rubbish and gorse on fire this AM. Called in early by a member of the public and the crew extinguished it before it could spread. Red fire warning still in force- lighting fires in this weather is reckless and dangerous. pic.twitter.com/4On7hKZ08G

On Tuesday, Ireland was placed on a rare Condition Red Forest Fire Danger Rating Notice for the remainder of the week, by the Department of Agriculture.

Condition Red is the highest level and is rare in Ireland.

The Department has also highlighted the current extreme danger to resources and public safety arising from vegetation fires, especially gorse, and particularly in proximity to heavily populated areas and on urban interfaces.

Read also: No barbecue on your day out - Red Fire Warning issued by government.