UPDATE: Over €13,000 raised in two days for victim of brutal attack in Laois 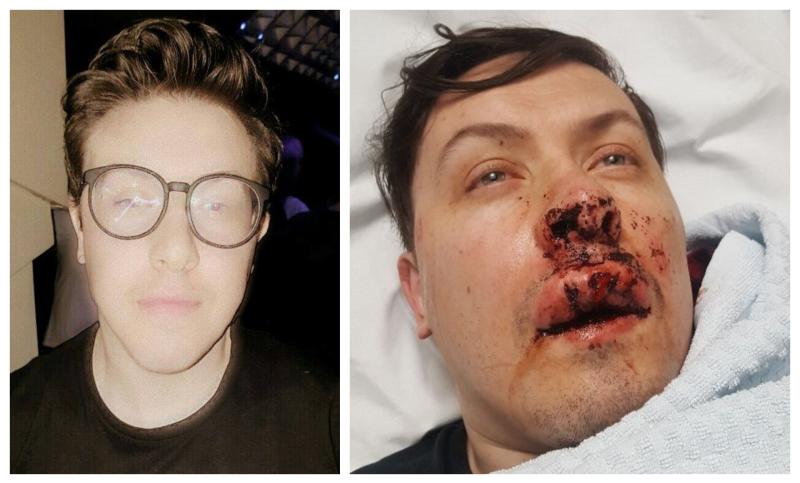 Collie Aquino Teixeira McQuillan before and after the attack.

A fundraiser that was set up to help cover the cost of medical bills for the victim of a brutal attack in Portlaoise has raised over €13,000 in two days and is still rising.

Collie Aquino Teixeira McQuillan has set up a public fundraising page online which gathered over €2,300 in one day but tipped the €13,000 mark on Friday.

The crowdfunding is still flooding in as the story of his attack is shared far and wide. Some €13,058 was raised by 587 people in two days.

Speaking to the Leinster Express, Collie Aquino Teixeira McQuillan, said he is 'overwhelmed' with the support.

"Just total shock I wasn't expecting anything like it, I am lost for words, I cried a little due to the amount of support," he said.

On the public fundraising page he said that he was ‘savagely’ attacked by a group of people in the early hours of Sunday, June 10 in the Harpur's Lane area of Portlaoise.

“I was savagely attacked by a group of people which cause extensive damages to my face and jaw and teeth which resulted in myself being transferred from Portlaoise hospital to St. James Hospital Dublin.

“The attack was mindless and totally unprovoked. Medical expenses are mounting up and the overall cost of repairing the damage is more then unaffordable to myself.

“I have an upper and lower broken jaw. My lower jaw line has splintered bone and I have lost 2 teeth and another 2 teeth have been broken in half.

“Due to the impact there is nerve damage to my teeth and will require root canals to save them. The cost of both medical and dental repairs is about 8000 euro I'm hoping to raise at least half of this amount. Please if you can help with any donation at all nothing is too small it would me the world to me as this has been a huge knock to my confidence and has caused a lot of emotional stress and physical pain,” he stated on the fundraiser page.

Portlaoise gardai have confirmed they are investigating an incident involving a number of people that happened at Harpur's Lane on June 10 at 2:40am.

Gardai have taken four statements from witnesses and injured parties. Two people who were part of a group walking home on the night were injured with Collie suffering serious facial injuries.

No arrests have been made and no statements have been taken from those suspected of carrying out the attack. Gardai are following a definite line of enquiry.

The incident is not being investigated as a homophobic attack at this time but gardai are keeping an open mind on the matter.