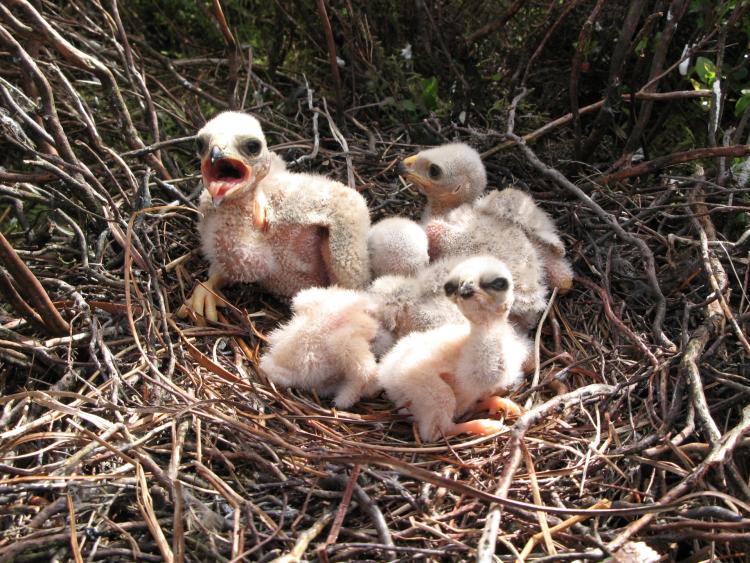 Among the many fallouts of the Slieve Bloom mooreland and forest fires, still raging across the Laois Offaly mountains, are the many wild bird chicks trapped in ground nests.

They include the rare Hen Harrier bird of prey, a protected species.

He said the situation is grim for rare birds in the mountains.

"Its pretty grim and the last thing these species need," Mr Whelan told the Leinster Express.

"BirdWatch Ireland would have grave concerns regarding yesterdays fire. The Slieve Blooms Special Protection Area (SPA) is party designated due to its breeding Hen Harrier population and has been the best performing SPA in the country in recent years with regards to producing successful Hen Harrier clutches. Hen Harriers are predominantly a ground nesting species and whilst adult birds can of course move to avoid fire the chicks, many of which will still be in nests are helpless in this situation," he said.

"Secondly the habitat destruction will have a knock on affect for their prey species such as Meadow Pipits which also nest on the ground. Breeding Hen Harriers populations are on a knife edge in this country and any event that causes a reduction in their numbers is hugely worrying.

Other species will also be unable to escape flames the bird expert said.

"Red Grouse a rare ground nesting game bird also breed in good numbers in the Slieve Blooms and are part of the qualifying reasons for the SPA designation. They begin to nest early in the spring so you would hope they haven’t been affected quite so badly.

"Lastly a small bird of prey called Merlin which breeds on the ground and in forestry plantations may be affected by such burning events," he said.

The fires continues to rage today Thursday, almost 24 hours on. Defence forces have now been deployed to assist Laois and Offaly fire crews and Coillte as they fight multiple fires.

The Hen Harrier is currently Amber-listed due to a decline in the breeding population. The national population has declined for the last 40 years with only 108 to 157 breeding pairs left in the entire country.

While the Red Grouse population is deemed stable in Europe, it is Red-listed in Ireland due to a significant decline in breeding numbers.