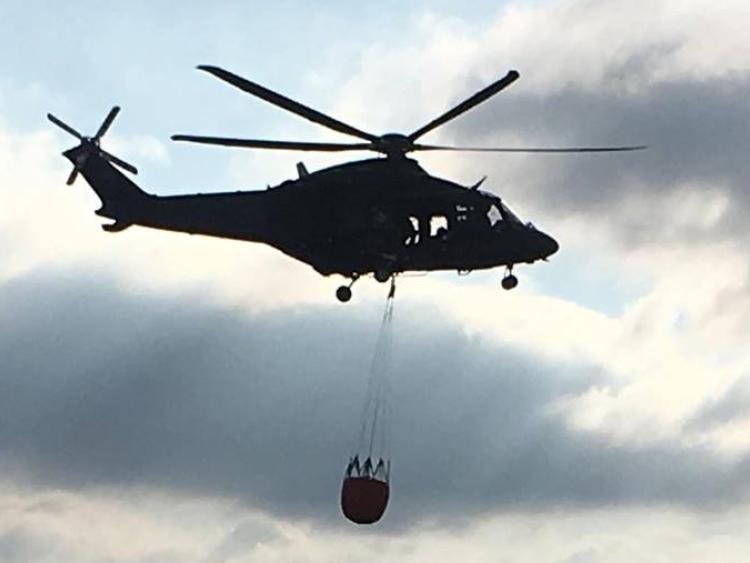 Coillte staff were still 'damping out' the fire in the Slieve Bloom Mountains on Friday afternoon according to the Laois County Fire and Rescue Chief Fire Officer, Declan Power.

Chief Fire Officer Power has said that there is ‘absolutely’ still a possibility that the fire could spread again.

“It depends on wind direction and the weather conditions. There is always a risk it will take off again, it won’t extinguish until there is a proper downpour of rain and Coillte will be keeping an eye on that,” he said.

Smoke on the mountain was first reported to Laois Fire Service around midday on Wednesday. Mountrath crew attended the scene where Birr fire service was already working on a fire. 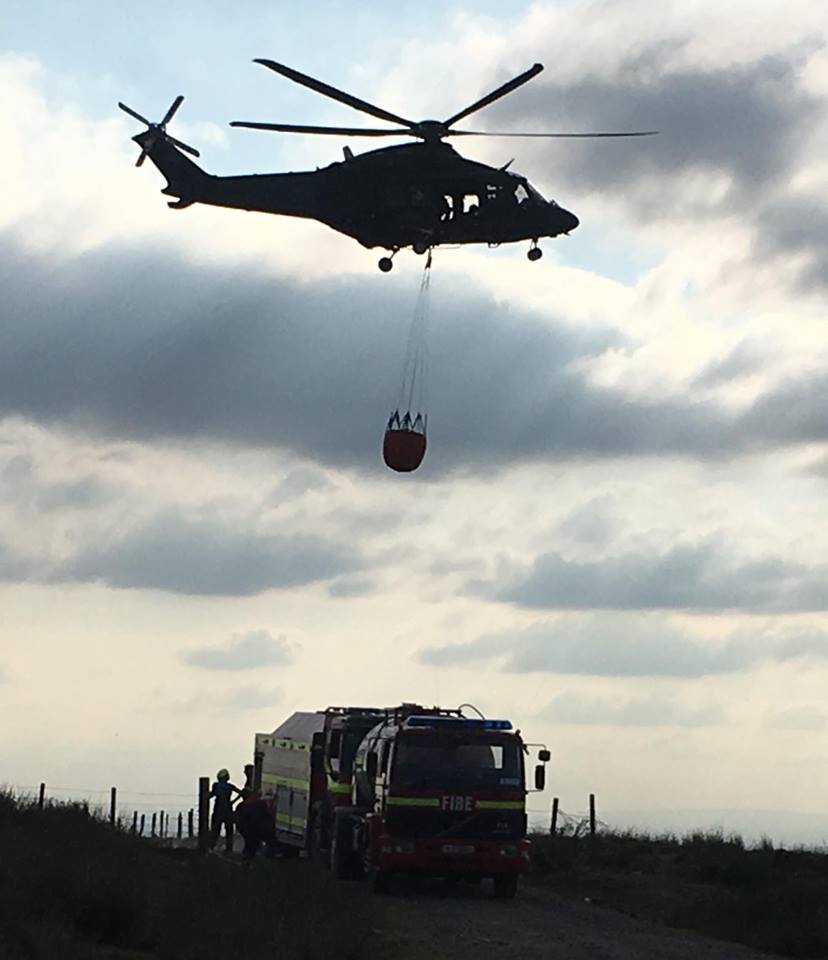 By 7.30pm that evening the fire had spread and Mountrath and Mountmellick fire crews were called to help. They worked with Coillte and Offaly Fire Service until 10.30pm on Wednesday night. Coillte contracted a private helicopter on Wednesday to drop water bombs on the flames and this work started again at 8:00 am on Thursday morning according to CFO Power.

“Offaly crews were filling water in a dam on the mountain for the helicopter and the Defence Forces provided a helicopter which landed at the soccer pitch behind the community centre in Clonaslee. It was a big helicopter with the 1200 litre ‘Bambi’ bucket and was still dropping water on flames at last light on Thursday,” he said. 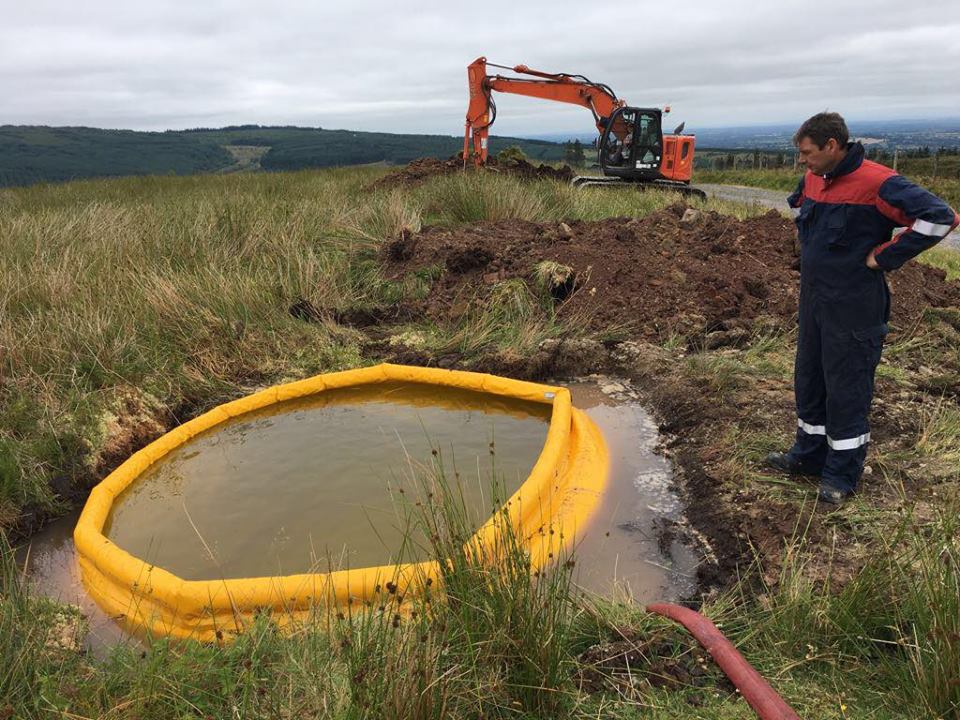 Describing the events of the past couple of days, CFO Power said that two of the main challenges were sourcing water and dealing with the mountain terrain.

“Crews were working to draw water, this was a challenge. We got water from Ballyfin Lake and Brittas Lake and supplied it to the helicopters.

“At 2:00 pm on Thursday ground troops were deployed under the guidance of Coillte helping with open lands. Access to water and the terrain were the two biggest challenges,” he said.

Mountmellick and Mountrath fire crews were working on the fire in the Glenkeen and Glendine areas. Crews finished up around 8.30pm on Thursday evening.

The head of Coillte met with the two Chief Fire Officers of Laois and Offaly fire services on Friday morning and decided there was no need for anyone up there except an Offaly fire tanker providing water.

This tanker was still up there around 3:00pm on Friday.

“Coillte still have staff up there damping it out but there is absolutely still a possibility for the fire to ignite again depending on wind and weather conditions. It was a massive fire and we are conscious of the rest of the county too in any emergency situation. We expect the Department of Agriculture Red alert warning for forest fires to be extended,” he said. 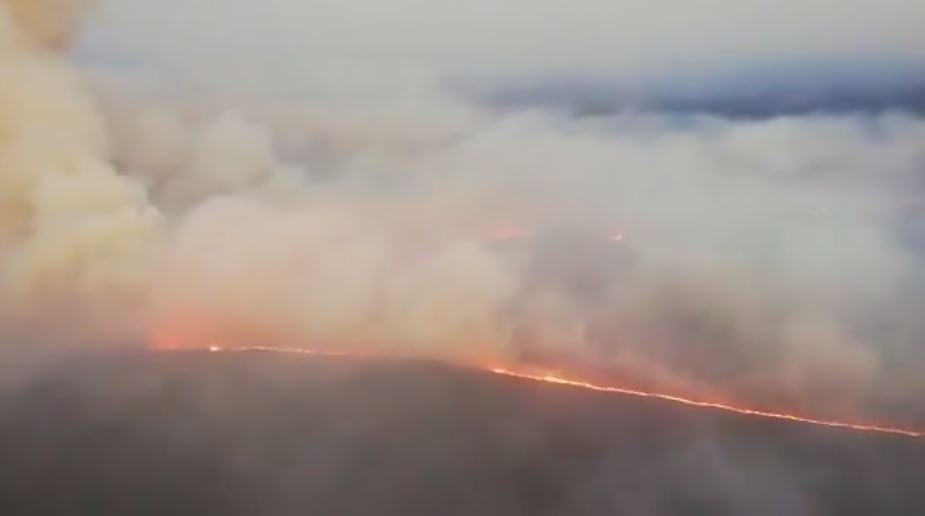 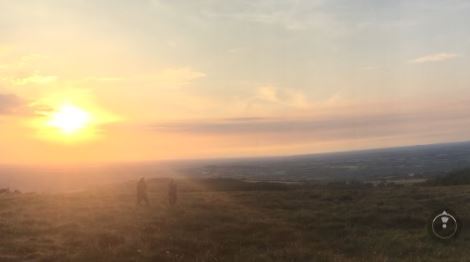 All pictures by Offaly Fire and Rescue Service.