Demolition of former Portlaoise school to go ahead

The school holds special memories for thousands of Portlaoise people 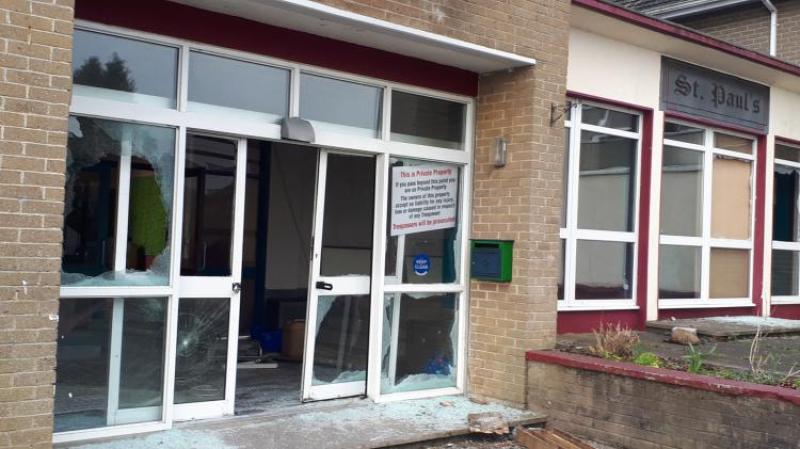 The old St Paul’s school site on the Borris Road will be demolished in the coming weeks according to Laois TD Brain Stanley.

The large school on the Borris Road is owned by Portlaoise Parish, and holds special memories for thousands of Portlaoise people who were educated there.

It has been made available to the Department of Education to build a new 12 classroom building for St Francis Special School. Since it was vacated in June 2017, vandals have broken nearly every window and the front doors in the 3 storey building.

WATCH: This vacant Portlaoise school has been totally smashed up by vandals.

Laois TD Brian Stanley has said that  Education Minister Richard Bruton has said the school will be demolished before the end of September.

"The building is currently at tender stage and the letter of intent for the project was issued 29th June with the contractor expected to be appointed in the third quarter of this year.

"The demolition of the old St Paul’s building will take 8 weeks to complete, and the full construction of the new school is scheduled to be completed in a total of 44 weeks.

"The Minister also stated in his reply that the full project will be completed and ready for handover to St Francis School in the third quarter of 2019.

"This is good news for Portlaoise as St Francis School is in bad need of a new building and the vacant St Paul’s School needs to be demolished due to vandalism and anti-social activity in the vicinity of it," he said.