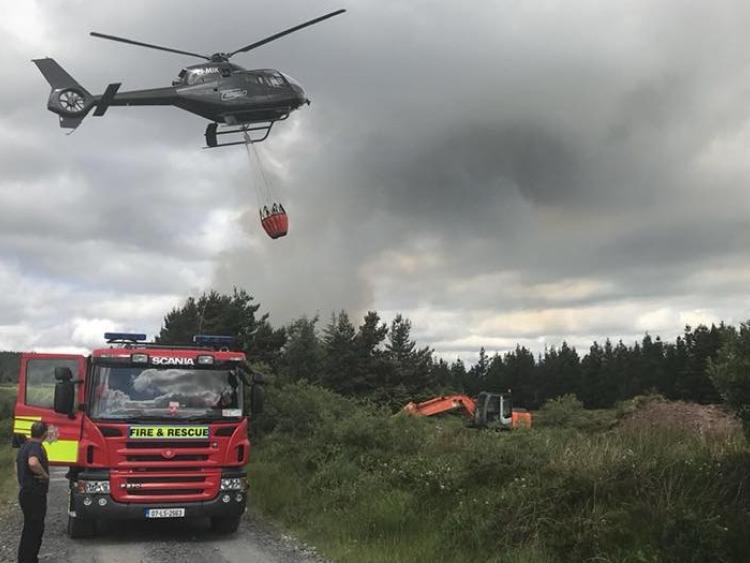 A Garda investigation is underway into a heatwave fire in the Slieve Blooms which is set to cost the publicly owned forestry company Coillte millions of euro in lost income and costs.

A Coillte spokesperson told the Leinster Express that the company is still in the early stages of assessing the damage and it is too early to calculate the exact area of forestry burned in the baze which started on July 4.

A spokersperson said the company intends to carry out satellite and aerial mapping over coming weeks.

“An early estimate would be circa 180 hectares of forestry. The cost of the fire could run to several million (euro) in terms of forestry loss and fire-fighting costs.

“The fire was contained last Monday, (July 9) but flared up several times throughout the week because of wind and high temperatures. The fire will not be fully extinguished until we get a few days of rain.

“We have given information to the Gardaí and they are investigating the matter,” said Coillte.

Laois Fire Service last attended the Slieve Bloom fire on Friday, July 13 and said the rain on Sunday would have been a great help.