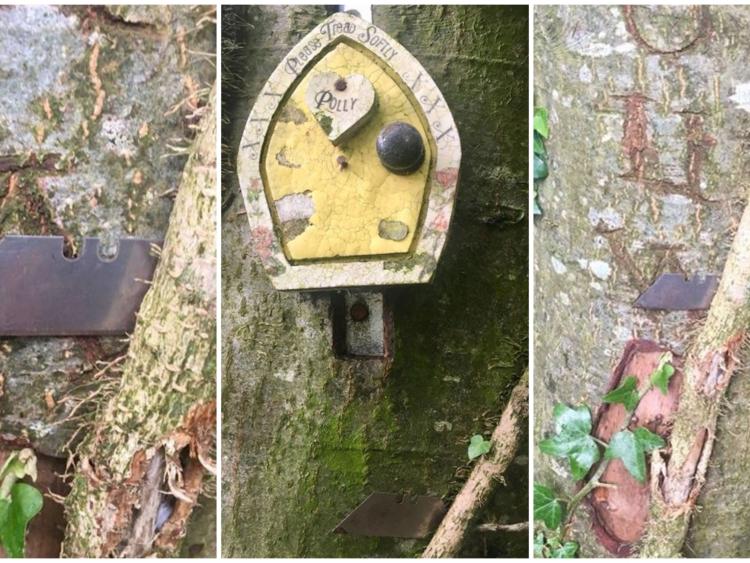 Gardai in Portlaoise were called to Portlaoise People’s Park recently when sharp blades were reportedly dangerously placed in a children’s play area.

Gardai went to the scene and a spokesperson told the Leinster Express that there was no sign of the blades when they arrived.

Pictures of the blades were shared on social media and gardai are now following up on this aspect.

Gardai are seeking information on the incident, anyone with information should contact Portlaoise Garda Station.

Pictures were shared on Portlaoise Community Noticeboard on Facebook on Sunday evening, July 15. Hundreds of people shared the post and commented questioning why someone would have left the blades among the fairy doors at the People’s Park.