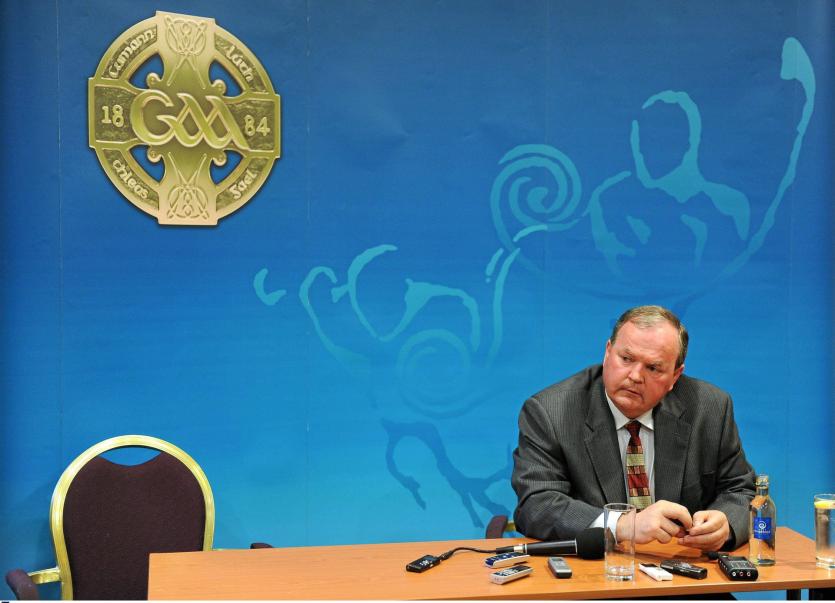 Liam O'Neill during his days as GAA President

Former GAA President Liam O'Neill is considering a run for the Presidency, he has confirmed to the Leinster Express.

Mr O'Neill said he had been approached by a number of people who asked him to consider it.

"I have been humbled and flattered by the amount of people who have asked me," he said. "I am considering it, and I will come to a decision in the next few weeks."

Mr O'Neill, who is 62, recently retired from teaching after 41 years. As Principal of Gaelscoil Thromaire he closed the doors of his single room school for the last time on June 22.

His retirement marked the end of 101 years of continuous teaching service by the O'Neill family to the school in Trumera, apart from the three years when Liam took time out to serve as GAA President from 2012 to 2015.

His wife Áine O'Neill also retired as Principal of St Fergal's College in Rathdowney this summer after 15 years.

The couple have three children and grandchildren.