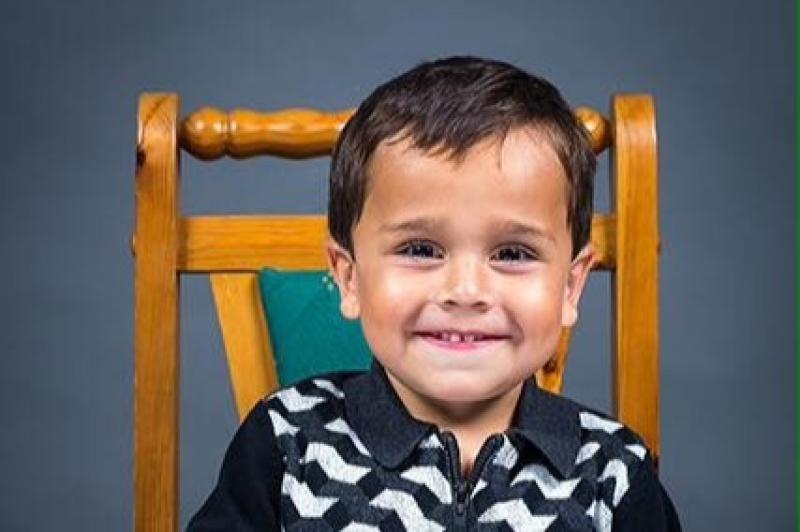 Laois family launch campaign to save young son from cancer

A Laois family has launched a GoFundMe page to help their young son in his life-threatening cancer battle.

Portarlington mother Charlotte Kelly launched the GoFundMe page this week for her five-year-old son Rían Mirza who was recently diagnosed with cancer. She wants to "make Rían's cancer journey as painless as possible" and "make some of his dreams come true" in the coming months.

Rían was diagnosed with stage 4 neuroblastoma in January of this year. Doctors discovered a near 6lb tumour in his stomach and found that the cancer had spread to his bones and bone marrow.

"To say it was a devastating blow is an understatement," Rían's mum Charlotte commented. "We were heartbroken and knew he would have a huge fight ahead of him," she added.

That premonition has been proven to be correct and since January, little Rían has undergone intensive chemotherapy every ten days for 80 days and had two extra rounds of chemotherapy to reduce the size of his tumour.

Charlotte Kelly has said that, "through all of this frightening and traumatic time Rían has continued to be a lively, cheeky little boy, despite often being very afraid and upset about the things that are happening to him."

"No child should ever have to go through what he has been through," she added.

Rían is now due to return to hospital on July 29 to undergo a stem cell transplant and will be in isolation for 6-8 weeks. "As you can imagine the stress on our family is tremendous," Charlotte commented.

"Not just emotionally but from a practical point of view too. Following the transplant, Rían's little body will still have to have radiation therapy and six months of immunotherapy," she explained.

She says that starting a GoFundMe page was not a decision the family made lightly. "Our friends and neighbours know how private we are as a family, but there comes a time when you need some extra support," she explained.

"Just trying to keep things running normally is hard, but we're trying to make Rían's cancer journey as painless as possible too. Not in a medical way, because he will undoubtedly have some tough times ahead, but emotionally."

"We want to make some of his dreams come true when he's well enough to pursue them and give him a Christmas he'll never forget," she concluded.

Charlotte thanked those who have already donated, raising almost €4,000 of the €10,000 goal in less than two days.

Donations have been flooding in from all over the country and if you want to contribute, you can do so by following this link to the GoFundMe page.