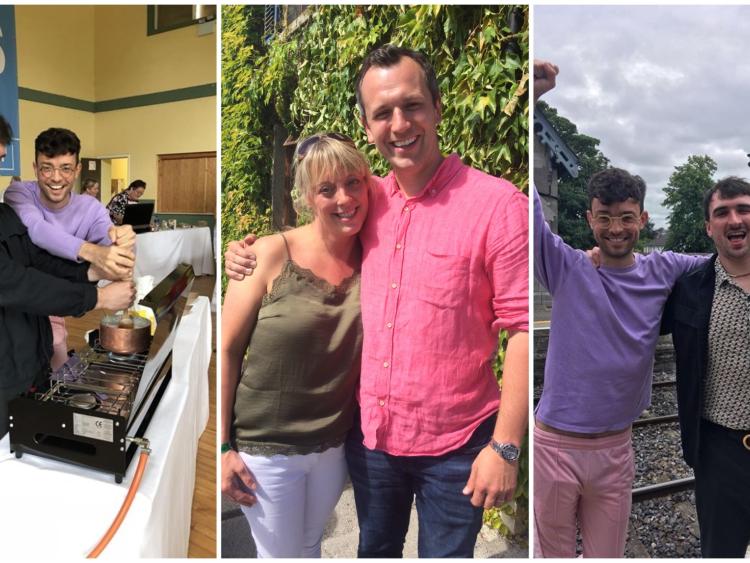 Laois woman, Breda Deegan, who is a chef in St Luke's Hospital in Kilkenny, was the champion of the speciality porridge competition.

During The Folly festival in Cullahill over the weekend, competitors from across Ireland pitted their porridge making skills against one another, but it was James and William’s traditional porridge recipe of just oats, salt and water that won over judges on the day.

James Kavanagh said he was delighted to be crowned the first ever Irish Porridge Making Champs.

“We’re over the moon to win this competition; we’re still in shock! To have chef Rachel Allen and the World Porridge Making judge, Martyn O’Reilly say that our porridge is the best is such an achievement.

"We’re also chuffed to have received The Emerald Spurtle, which will sit pride of place on our mantelpiece from here on in!

"Thanks to the organisers and everyone involved with the PaddyO’s Irish Porridge Making Championships, it was such a blast and we’re really looking forward to representing Ireland at the World Porridge event in October!”

The PaddyO's Irish Porridge Making Championships consisted of two categories: traditional and speciality. The speciality section celebrates the versatility of porridge and speciality recipes can be anything from desserts to risotto.

The winner of the speciality section was Breda Deegan, a Cullahill woman who won over judges with her oat and brandy pancake topped with a creamy and exotic mushroom spinach.

The inspiration for the recipe came about when Breda and her colleague, Judy Bridgeman, St. Luke’s Hospital Kilkenny were having a brain storm and came up with the idea.

The two winners in each category will now go on to represent Ireland at the Annual Golden Spurtle World Porridge Making Championships in Scotland on 6th October 2018.

Paddy was the first ever Irish person to represent Ireland at the World Porridge Making Championships in Scotland last October and is the man behind the unique competition.

“The event has been a great success and we’re delighted to have hosted it. Our judges didn’t have an easy task, so well done to all the competitors in both the traditional and speciality section. We wish James, William and Breda all the best in Scotland in October," he said.

The winners of the Irish event have won complimentary flights to Scotland and overnight accommodation in Carrbridge, Scotland for the World Porridge Making Championships.