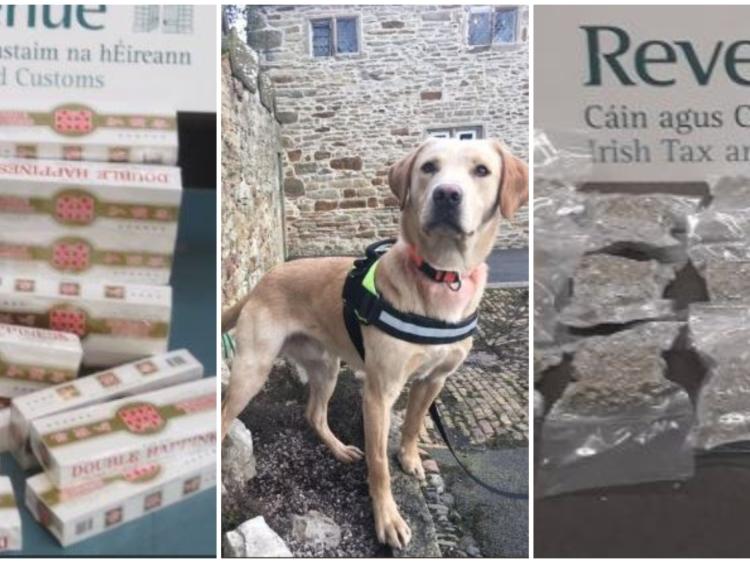 Cannabis seized with the help of detector dog Stella.

Herbal cannabis and cigarettes were seized separately at Dublin and Portlaoise mail centres on Monday morning.

Revenue officers at Dublin Mail Centre, assisted by detector dog Stella, seized over half a kilo of herbal cannabis with an estimated street value of approximately €12,900.

The illegal drugs were discovered concealed in a parcel which originated in Belgium and was destined for an address in Dublin’s North City. Investigations are ongoing with a view to prosecution.

Separately, and also this morning, Revenue officers at Portlaoise Mail Centre discovered a total of 10,000 cigarettes in two parcels, said to contain a handbag and a gift box.

The parcels originated in China and were destined for an address in Dublin 1. The illicit cigarettes were branded ‘Double Happiness’ and have an estimated retail value of €6,000, representing a potential loss to the Exchequer of approximately €4,800.

These seizures are part of Revenue's ongoing operations targeting the importation of illegal drugs,  and the sale and supply of cigarettes and tobacco products in the shadow economy.