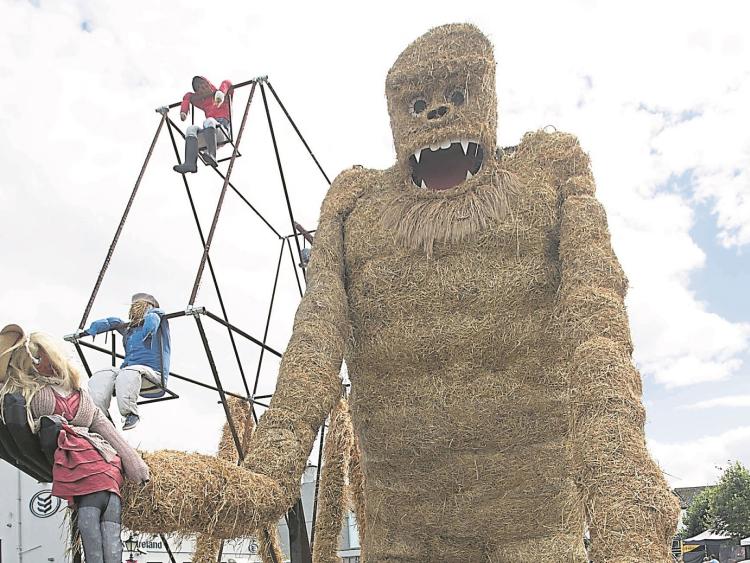 Every year from the end of July to the start of August 'hay fever' hits Durrow in Co Laois as the charming village goes scarecrow crazy.

People come from all corners of Ireland and further afield to take part in the Durrow Scarecrow Festival and see who has got what it takes to win the All-Ireland Scarecrow Championship.

The festival, now in its 9th year, was nominated twice for ‘Best Festival’ in the Irish Times Ticket Awards, and has become one of national acclaim, attracting visitors from near and far.

Kicking off from Sunday, July 29 and running until Bank Holiday Monday, August 6, the festival has so much to offer.

With fantastic events, shows, workshops and wonderful areas, each with their own individual character, and wonderful people of course.

From the hustle and bustle of the green in the centre of the village, where the Scarecrow Village and the Food and Craft Fair are situated, to more sedate areas where you can kick back and chill out like the playground and Scarecrow Electric Picnic.

The Ranch offers another world of vintage times as well as some great round bale entries and you can pick up a gift at the arts and crafts fair.

Throw in the wonderful ‘Once upon a Scarecrow’ interactive zone and ‘The Old Scarecrow who lived in a Shoe’ and some action at LaserWars - you have something for everyone!

On Sunday afternoon at 4.30pm the All-Ireland Scarecrow Championship winners will be announced, with scarecrows all over the town biting their finger-straws in anticipation!

The main stay of the festival is that it is a community run festival, and all monies raised from the Scarecrow Festival goes directly back into our community.

Visiting the festival brings people back all year to enjoy our beautiful village and all it has to offer.

Scarecrows need time out too ...

For nine glorious days in July and August, scarecrows from all over Ireland plan their holiday around the All-Ireland Scarecrow Championships, Durrow will be transformed into a Scarecrow wonderland.

The town’s many wonderful buildings, pubs and restaurants will provide the perfect backdrop for this unique scarecrow gathering.