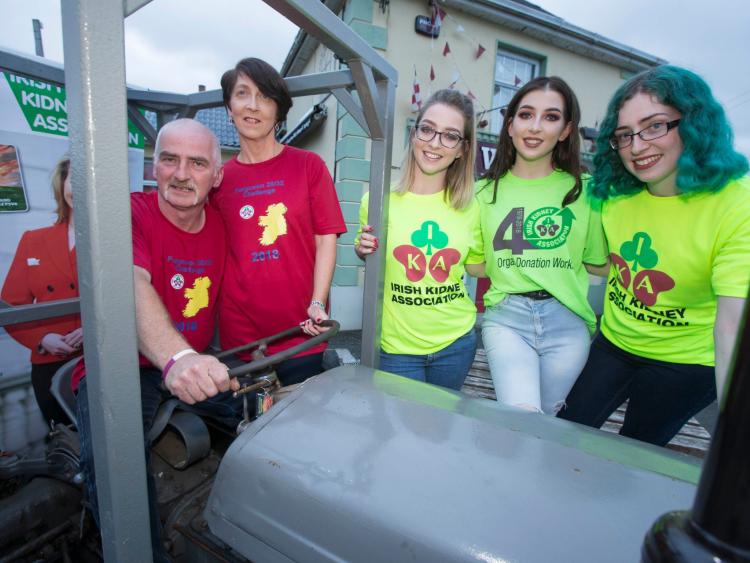 Paul pictured with his wife Frances and daughters Gemma, Grace and Rachel at the launch in Ballyouskill. Picture: Alf Harvey

A local vintage tractor enthusiast who had resolved ‘to make a difference’ after reaching his milestone 50th birthday, was motivated by the plight of a relative of his who has kidney failure, has decided to direct his focus towards raising organ donor awareness with the aid of his sixty three year old vintage tractor.

Paul Palmer from Ballyouskill has committed to raising organ donor awareness and supporting the Irish Kidney Association by travelling through all 32 counties on his vintage 1955 Ferguson 20 tractor.  His initiative entitled ‘The Ferguson 20/32 Challenge’ will take in a journey of close to 1500 kilometres around Ireland and he will set off on his expedition from Kilkenny Castle this Saturday, 28th July 28 on his vintage tractor towing his self-made wagon (gathering at 12 midday for departure at 1.30pm). 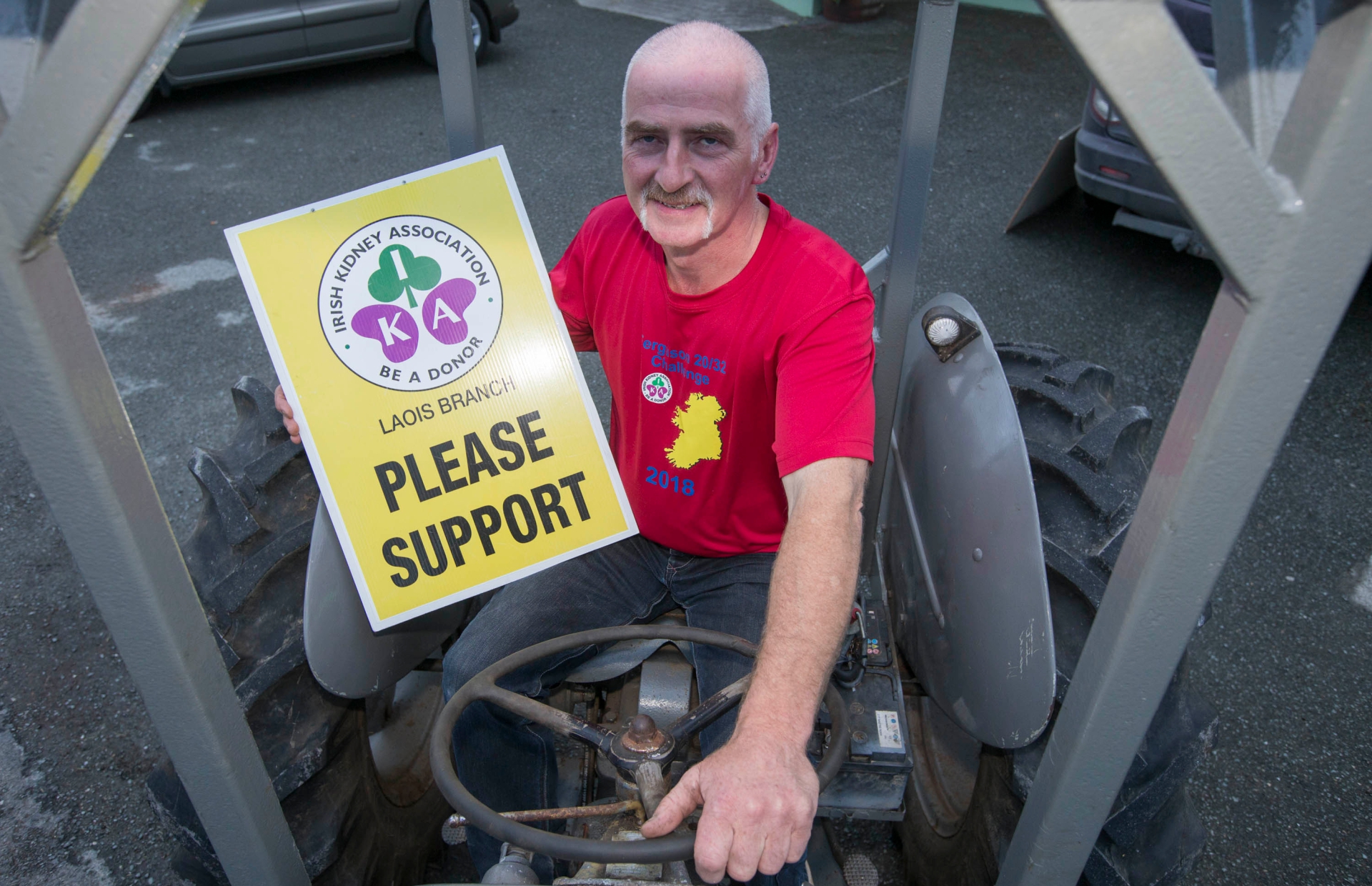 ‘The Ferguson 20/32 Challenge’ was officially launched at The Wheel Inn in Ballyouskill on Friday evening, July 20. In attendance was Paul’s wife Frances and their daughters Rachel, Grace and Gemma as well as members of his very large extended family together with friends and supporters from his local community.

Also supporting the event were representatives of both the Kilkenny branch and Laois branch of the Irish Kidney. Also, keen to support the launch event were Paul’s ‘backroom team’ who are helping him with planning, logistics and promotion on his Challenge including his daughter Rachel as well as his brothers John and Jimmy and friends Eddie Sherlock, Pat Comerford and Ger Dunphy.

Prominently displayed outside the venue was Paul’s prized Ferguson 20 vintage tractor. At the launch Paul thanked all those people who supported him and offered encouragement and he also expressed his gratitude to publican Frank Brennan for allowing the launch to take place at his venue and for ongoing support of community events and numerous charity fundraisers. 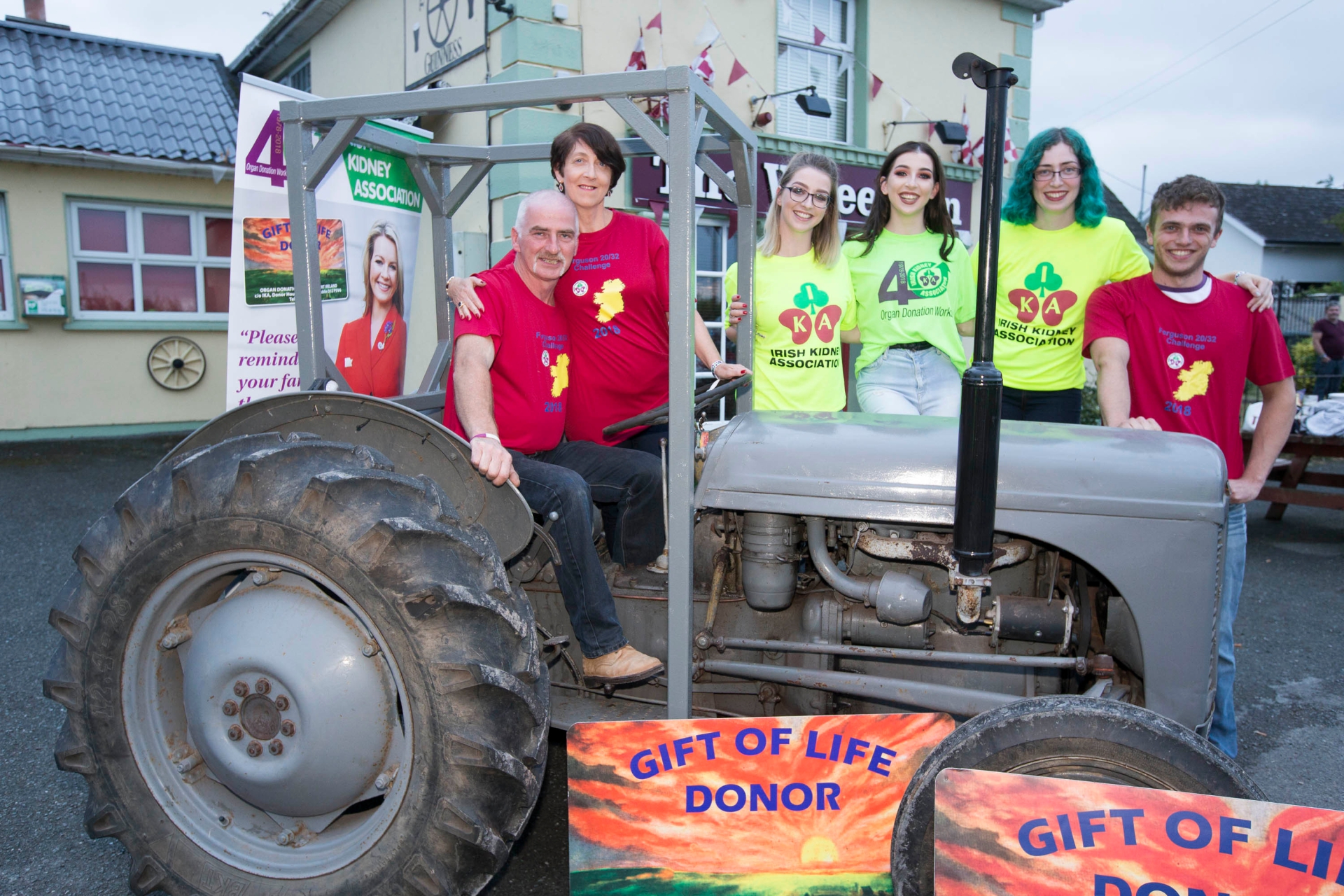 The tractor, which is 63-years old and lacks the comforts of modern day tractors, can travel at a maximum speed of 25km per hour. Paul, a self-employed builder has built a wagon akin to a ‘Shepherd’s Hut’ which will be towed along and will provide a place for him to rest, refuel and refresh after his slow daily travels.

Paul’s journey will head south first and plans to take in a friend’s wedding in Charleville in Cork on August 2 before he makes his way around the rest of Ireland including the six counties in a self-funded expedition which is expected will take over a month to complete before he reaches his final destination, his local village Ballyouskill.

Paul is confident that while raising organ donor awareness that he will enjoy the warm hospitality of communities and individuals along his journey and that they will allow him to pitch up his tractor and wagon on private land including farmland.   He will be distributing organ donor cards and be photographed in towns and villages he passes through and will share his experiences along the way on social media including the Facebook page, ‘The Ferguson 20/32 Challenge’.

Paul explained, "my passion for vintage tractors was sparked many years ago when my late father bought a 1950 Ferguson which I really enjoyed driving on the family farm.  I was the second last child in a family of 15 siblings and we all had to find our own way in the world and I became a builder, but I kept up my interest in farming, machinery and vintage tractors.  I still enjoy making hay the old fashioned way with my old tractor. By doing so it connects me to the land which is very self-fulfilling and therapeutic."

"When approaching my 50th birthday I had resolved to doing something worthwhile and to try to make a difference. I was motivated to take on this challenge as I was mindful of the plight of a relative who has been undergoing dialysis treatment while waiting for a kidney transplant.  A transplant would greatly improve her quality of life. There are over 2000 people in Ireland receiving dialysis treatment and there are over 500 people on transplant waiting lists for hearts lung, liver and kidneys."

"My decision to focus on trying to increase awareness for organ donation and support the Irish Kidney Association seemed obvious to me. I hope that by travelling the length and breadth of Ireland and making stops on the way that I can help to spread the word about the huge importance of organ donation. By doing this Challenge my goal is to inspire more people to carry organ donor cards and give hope to those people on transplant waiting lists in Ireland. If my effort results in even just one life being saved through organ donation then I will have fulfilled my aim to make a difference."

At the launch Paul quipped, "I’m hopeful that my old Ferguson will be able for the challenge and that we complete it before my 51st birthday on 14th September. Sure maybe we will make a special appearance at the National Ploughing Championships which also takes place in September!” 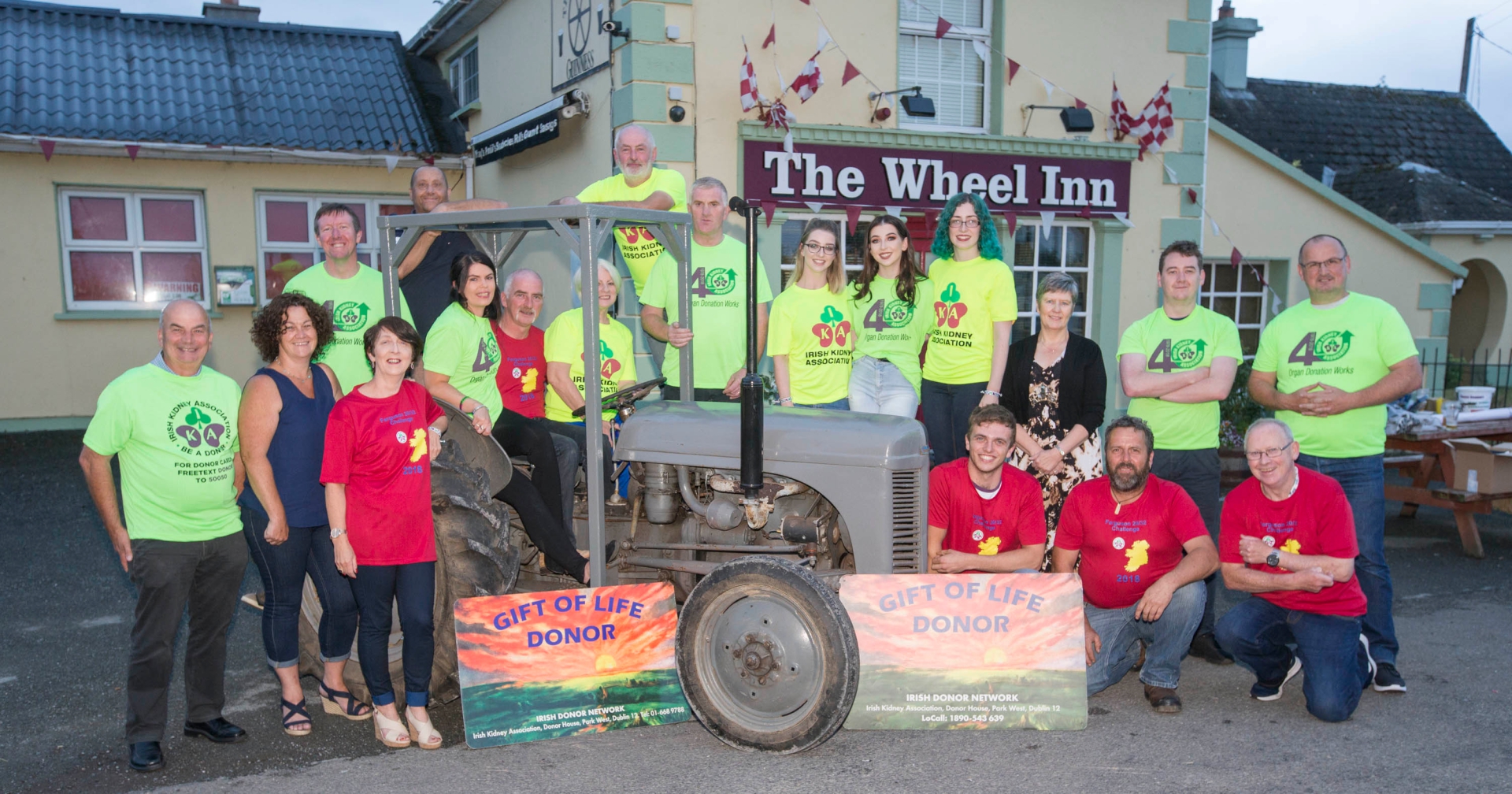 Anyone wishing to make a contribution to Paul’s Challenge with proceeds going to the Irish Kidney Association can do so directly to the Irish Kidney Association on Facebook via the following link https://www.facebook.com/IrishKidneyAssociation/ or logging money to a special account set up at Ballyragget Credit Union for which account details are posted on the The Ferguson 20/32 Facebook page.

Organ Donor Cards can also be obtained by phoning the Irish Kidney Association tel. 01 6205306 or Free text the word DONOR to 50050. Visit the website  https://www.ika.ie/

You can also indicate your wishes to be an organ donor on your drivers license which is represented by Code 115.