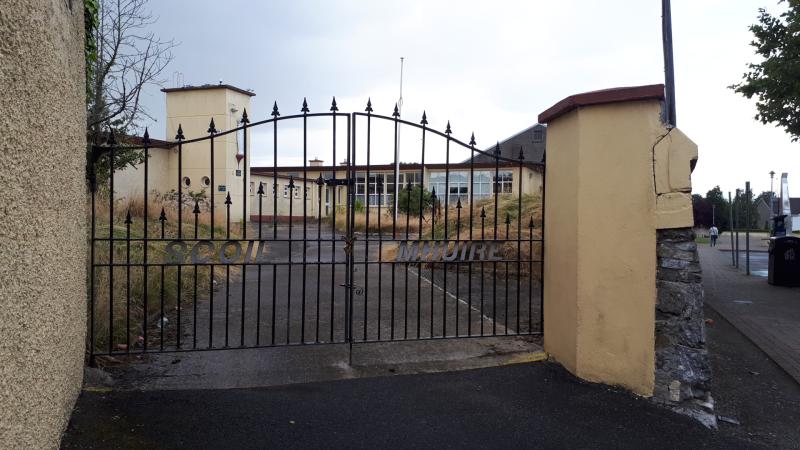 The former Scoil Mhuire school in Portlaoise is being bought by Laois County Council from Portlaoise Parish for a sum not yet disclosed.

The vacant Scoil Mhuire school in Portlaoise, Laois is set to resound again to children playing music, before it makes way for a tourist site promoting the town's historic fort.

The site was put up for sale by Portlaoise Parish in 2016, as part of a joint major landbank in the town centre with the Presentation Sisters. The estimate was put at €2.5 million, but there were no takers.

This week Laois County Council has announced that it is buying Scoil Mhuire.

It will not disclose the price being paid until the sale is fully concluded.

The school was built on the site of the town's 16th century garrison, inside a stone fort whose walls are still largely intact. The Fort Protector was the first English fort in Ireland, built to quell Laois rebellions.

Generations of Portlaoise boys and girls went to Scoil Mhuire before it closed to amalgamate with St Paul's and Sacred Heart and become the Holy Family junior and senior schools.

The council eventually plans to turn the site into a major heritage and tourist attraction in Portlaoise.

For the coming few years however, it will be home to music schools for 600 Laois children.

“I wish to advise members that the council has agreed to purchase 1.2 acres of town centre land, the site of the vacant Scoil Mhuire, from the Portlaoise Parish.

“It is proposed in the short term to use the vacant school, comprising 1,161 msq for the purposes of providing music and performing art education to over 600 young people in the County under the direction of the Laois School of Music and Music Generation Laois,” he said.

“We are partnered by Laois Offaly Education and training Board, who will develop further modules,” the council CEO said.

Also at the meeting, he confirmed that the Department of Housing has approved Stage 1 development of 47 housing units at the old Presentation convent, with a recommended budget of €10.06 million.

“I thank the CEO and all associated with purchasing Scoil Mhuire. Their backs are to the wall at Laois School of Music, going from A to B to C for classes, it's not appropriate or fair. The manager has shown foresight in this negotiation. As the site of the Fort Protector, it is not an area that could have taken a huge development and requires conservation. I support this 100 percent,” he said.

The vacant St Paul's School on the Borris road is still awaiting demolition by the Department of Education, who will then built a new special needs school for St Francis School, due to start between June and August.

Another large stretch of parish owned land is still for sale, including the old parochial house.

Below: The site (right) bought by Laois County Council. the site on the left is still for sale by Portlaoise Parish. 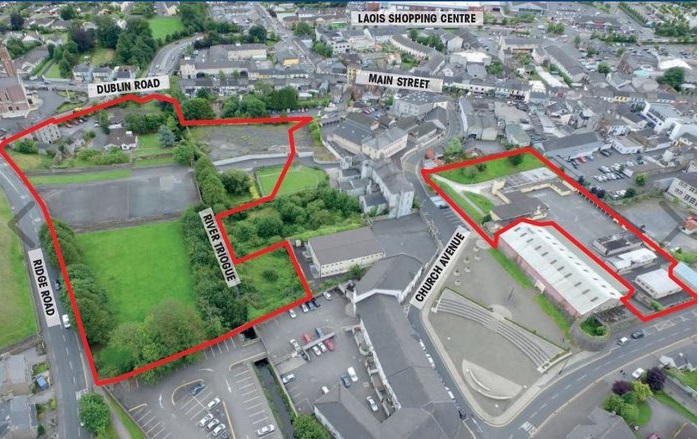