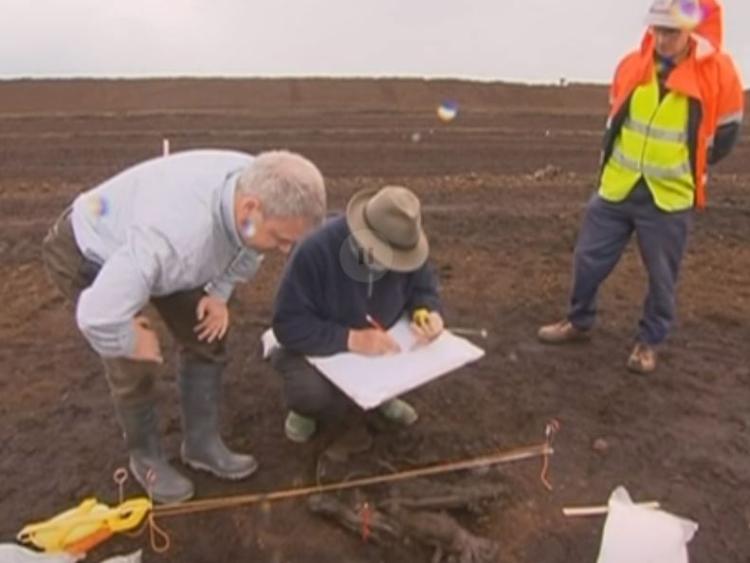 RTE Archives has shared a television news report from 2013, two years after a bog body was found in Laois.

A mummified body was uncovered by a Bord na Mona worker at Cúl na Móna bog at Cashel, in 2011.

Following examination the preserved bog  body was found to be the remains of a member of Ireland’s Early Bronze Age nobility for four thousand years.

In the broadcast, reporter John Burke speaks to Keeper of Irish Antiquities at the National Museum of Ireland Eamonn Kelly.

He said the examinations on the body show that the body goes back to 2000 BC.

Believed to be the body of an ancient king who was put to the sword having failed people in some way, the head of the body was never found.

Bog Body in County Laois
Dating back to 2000 BC, the mummified body is the oldest bog body ever discovered
WATCH: @RTENews reports #OnThisDay 2013 https://t.co/m8YT1zSVcI pic.twitter.com/a1Zlyc4Qoq