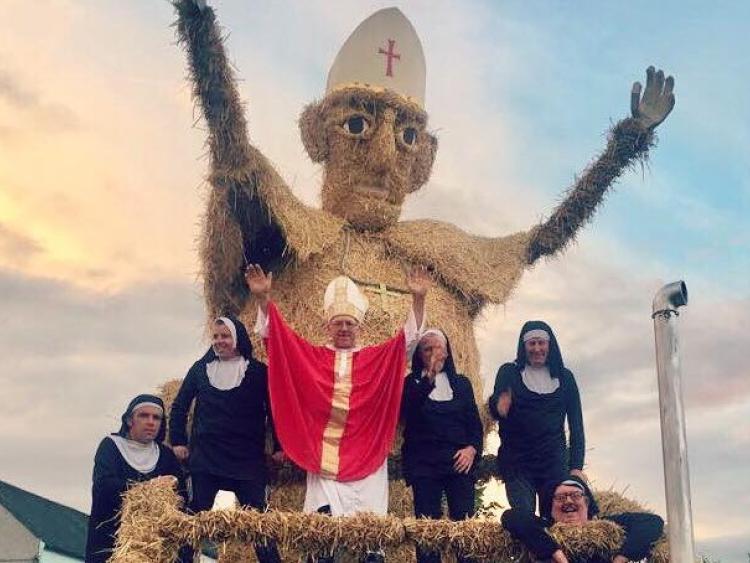 The green in the centre of Durrow village has become known as ‘The Conahy Acre’ after the brilliant scarecrow entries from the Conahy Vintage Club over the last four years.

The vintage club has won the Durrow Scarecrow Festival competition for the last three years with a dinosaur, a lion and king kong entry building the club's reputation for extraordinary creations.

This year, 23 members of the vintage club including children and young people, based around Ballyragget, have worked tirelessly to produce the scarecrow masterpiece version of the Pope. 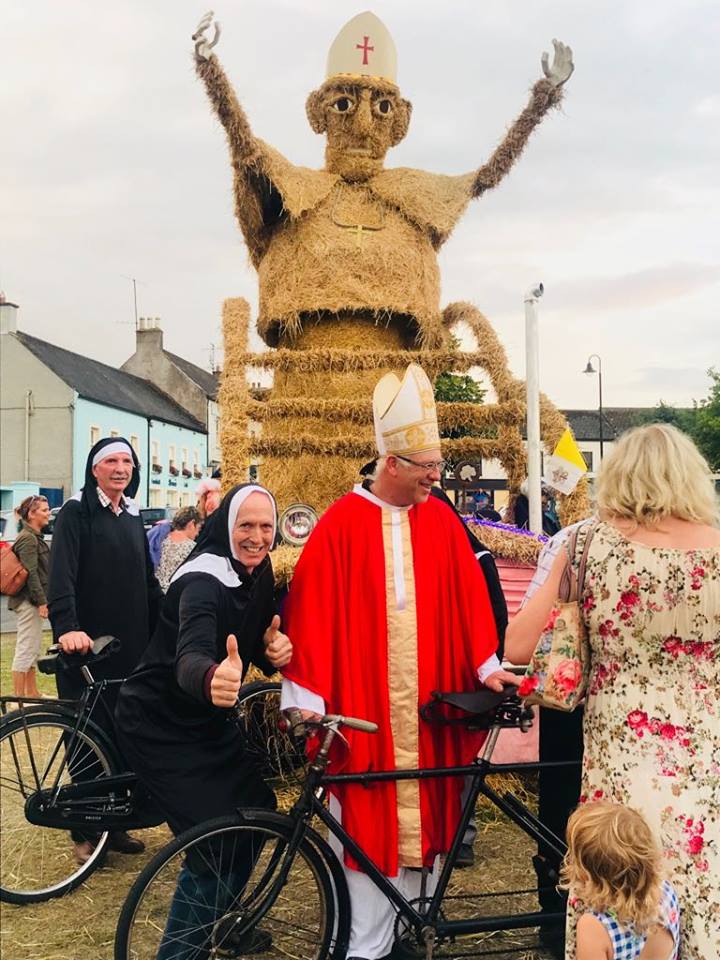 Their entry into the festival competition has been at the heart of the festival all week in the centre of Durrow as visitors descend on the small Laois village.

The results of the festival will be announced this Sunday afternoon and Chairperson of the Conahy Vintage Club, Michael Bergin, said while four in a row would be great, they enjoy the camaraderie more than anything.

“We have won for the last three years but we will see on Sunday what happens. Other ideas we had this year were Star Wars or Jack and the Beanstalk but then we thought about topical ideas and came up with the Pope and Popemobile. We always think that big is beautiful!

“There was work for everybody in it from steel to straw, overalls, shoes down to making tea and having a chat. You make it up as you go along, as late as last night we added lights to it and it is mechanical, when you press a button he waves.

"People have been very dedicated and come from all over to get involved.

“Last night we drove the vintage tractors into Durrow and we dressed up as nuns, there is a little bit of madness too.

“It is a great way to get out doing things, many of our members are farmers and farming can be lonely so it is a bit of fun. We wonder how we can beat last year’s entry and we are already thinking of next year," he said. 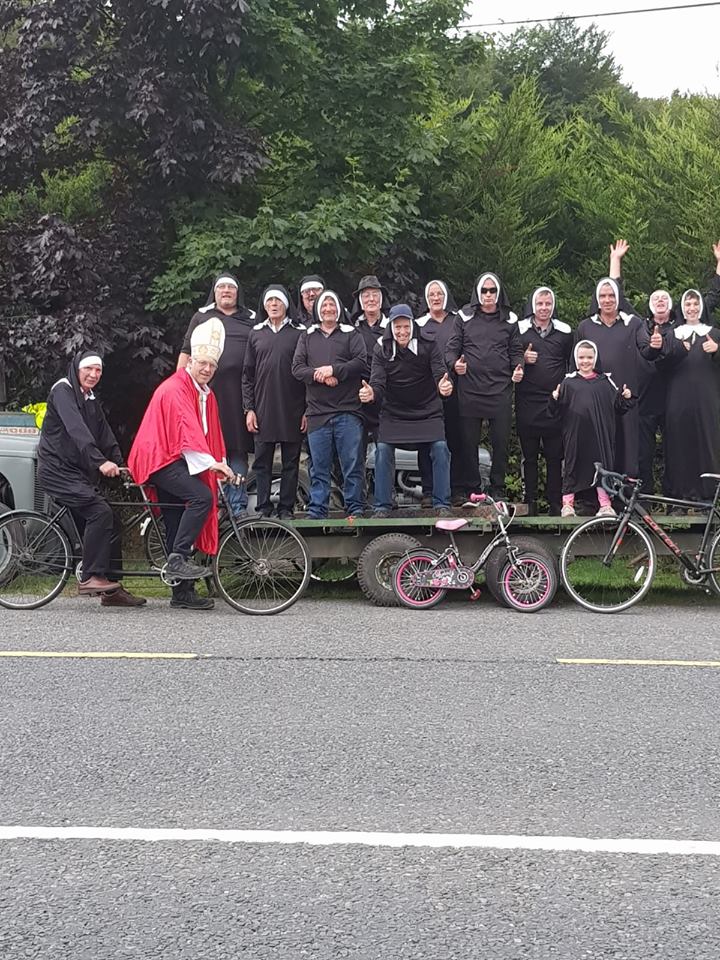 Four years ago, the group built a dinosaur float for the wellington race in Kilkenny and took home the top prize. They thought it was a shame to see the dinosaur go to waste so they covered it in straw, made a Jurassic Park theme and won the Durrow Scarecrow festival with it too.

They recycle or reuse the straw each year and some of the straw on the pope this year was previously on the King Kong entry from last year.

“Children have a great time, there are lads in their 70’s and teenagers working together, chatting, telling stories which is great, getting them off their phones.

“It is well worth it when it all comes together. It is in two parts so we only get to see it fully come together when we get it to Durrow and assemble it.

“We can’t wait for the results on Sunday, it is an absolutely wonderful festival. They are not paying big bands to come and entertain people, the entertainment is free and there is great camaraderie,” Michael said. 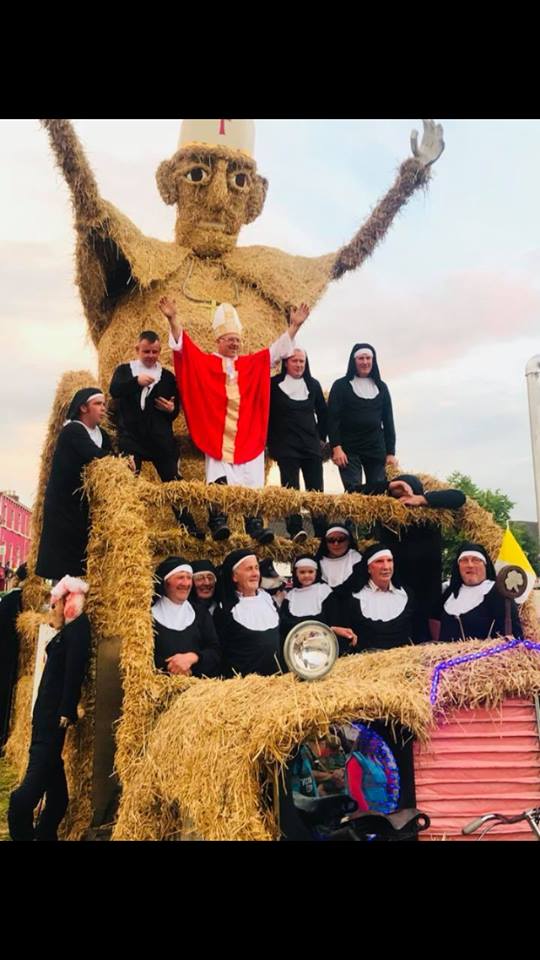