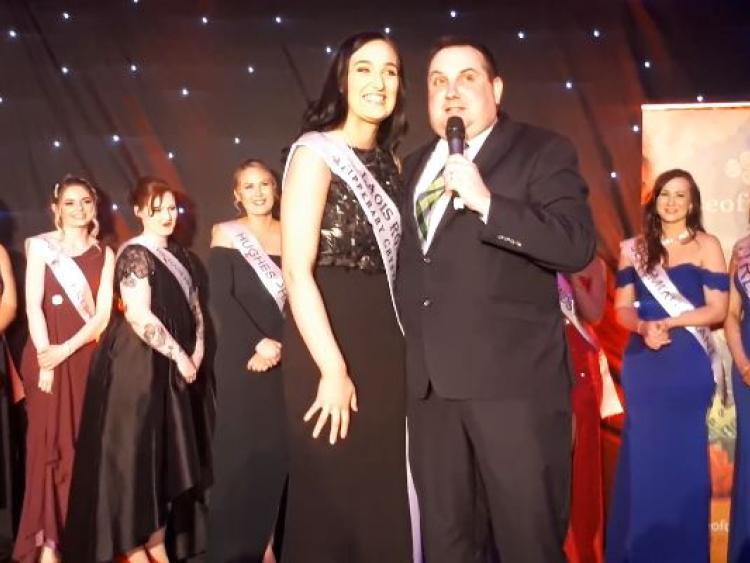 Grainne Hogan on stage at the Laois Rose Selection Night.

Laois Rose Grainne Hogan is set to grace thousands of television screens as she has made it to the Rose of Tralee televised stage interview.

The farmer from Camross has made it to the final 32 of the 2018 Rose of Tralee. She was one of 57 Roses from all over the world who were whittled down to appear over the two night final.

Grainne who gave a milking demonstration during her Laois Rose stage interview, is sure to impress Daithi with her farming skills.

It is the moment little girls dream of and Grainne will wear a blue gown to proudly represent Laois on the night. She will be interviewed on Rose of Tralee Night One on Monday night, August 20 at 8pm on RTE One.

The 32 Roses who will appear on stage with Dáithí Ó Sé in the Dome for the televised Rose of Tralee Finals on Monday 20th and Tuesday 21st August were announced at the weekend and they are (in alphabetical order):