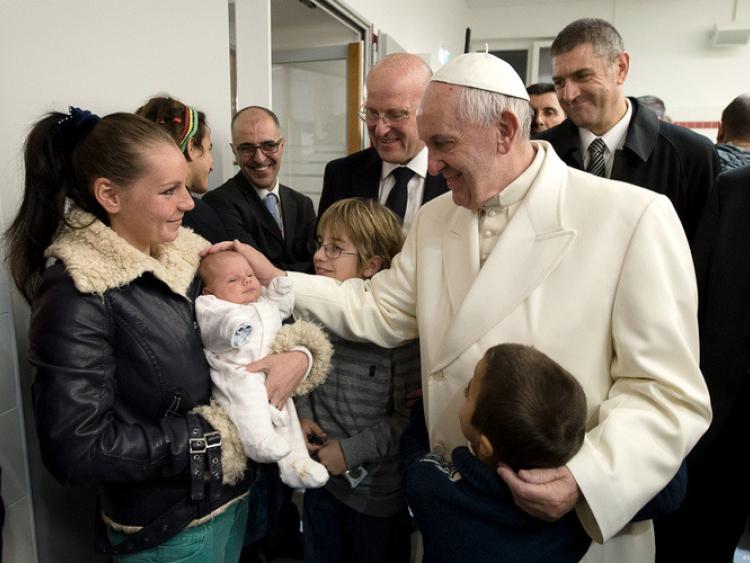 A Laois mother has begun a campaign to raise millions of euros for the homeless from the visit of Pope Francis to Ireland this weekend.

Mother of four Nora Duggan from Portarlington is asking the 500,000 expected to attend Mass in the Phoenix Park to each donate €5 online.

It would raise €2.5 million for the Peter McVerry Trust, the national housing and homeless charity.

"I'm not religious, but all these people will be buying statues, coffee, €5 is all it would take, and €2.5 million would have a huge impact. I think we can do it. People just need to pick up the phone and donate. We could say then when the Pope came to Ireland, this is what people did, it would be such a positive thing," she said.

Nora herself has come close to being homeless several times.

"I've four children, two with disabilities. I was lucky to avoid it, but any one of us could end up on the streets. It is happening all over Ireland," she said.

She notes that homeless families in emergency hotel accommodation in Dublin may be moved to other counties during the Pope's visit, to free up hotel space.

"I rang for a hotel room in Temple Bar next weekend and they were looking for €600. All this wealth in Ireland, and full employment but the homeless crisis is getting worse. it really upset me," she said.

"I would love to see a positive thing come out of this negativity," Ms Duggan said.

She has set up a GoFundMe account called Pope Hope for the Homeless, see it here.

On it she gives a heartfelt plea.

"We should all have a place to call home, I'm horrified watching people living in hotels and even more upset to think they're being moved to accommodate Christians /Catholics/visitors for the upcoming Papal visit. The funds will be used to build houses, to buy unoccupied houses, and to help homeless people in Ireland to be off the streets by Christmas. I'd like to see some good coming from this visit and for me it's nothing personal, just a way to say I'm sorry I can't do more for people. Thanks in advance. I know it can be done".

The pontiff is to visit Dublin's Capuchin Day Centre and meet homeless families on Saturday August 25 as part of his visit to Ireland. He will say Mass in the Phoenix Park on Sunday August 26.