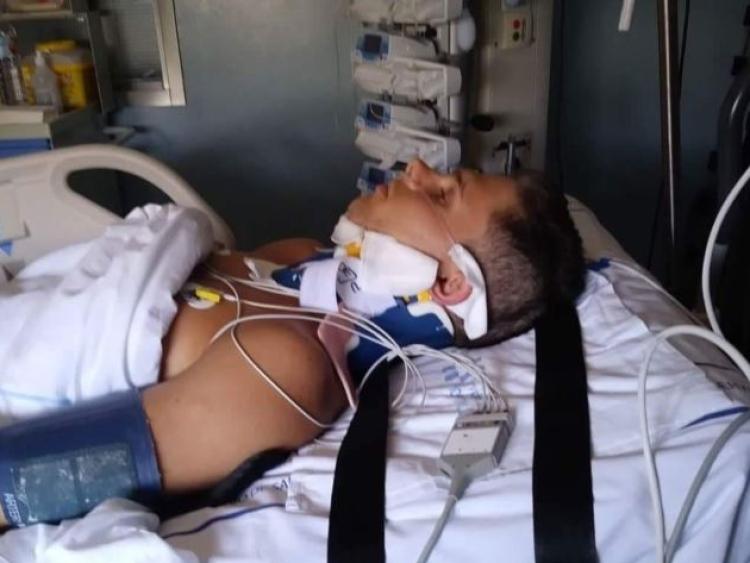 A fundraising appeal has been launched to get a Laois man home from Tenerife after he suffered a three metre fall off a wall while on holiday with his girlfriend.

Daniel Wolski (20) from Portlaoise and has undergone two serious surgeries since the fall on August 1, which caused instant paralysis in his legs and he has spent weeks in the Intensive Therapy Unit in a Tenerife hospital.

A huge fundraiser has been set up to bring Daniel back to hospital in Ireland to begin his recovery. He needs to be transported with medical assistance from the Canary Island and the associated costs are huge.

Daniel and his girlfriend Sara Łukaszewska went on holiday to Tenerife and their lives were turned upside down. They both work in the Killeshin Hotel, they are from Poland but moved to Portlaoise in 2006, Sara is a past pupil of Portlaoise College and Daniel attended St Mary’s CBS. 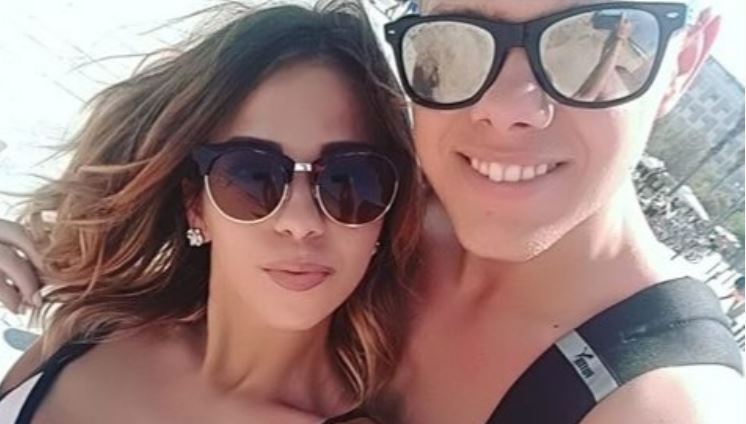 Speaking to the Leinster Express, Sara said after a tough few weeks, Daniel is getting stronger.

“[He is] still fairly weak after the two operations. And he is suffering with pneumonia at the moment. But he is getting better with each day,” she said.

Over €8,000 has been raised in just 15 hours since the fundraiser went live online.

On the fundraiser page, Sara outlines what happened:

“Our lives were turned upside down on the 1st of August. On the first day of our holiday in Tenerife, my boyfriend lost consciousness as he was sitting on a wall that was dividing the pathway from the beach and fell approx. 3 meters down. The loss of consciousness was probably due to the sun and the fact he suffered an infant epilepsy. The fall resulted in a spinal injury which caused an instant paralysis in his legs. Ambulance was called and he was brought to a hospital. We were informed that he will have to be transported to a hospital on a different side of the island because it is more than likely he will have to be operated. I couldn't go with him because I was told he will have to undergo many scans and medical examinations and I wouldn't be able to see him until very late in the evening.

“When I arrived at the hospital where he was transferred to I was told Daniel was placed in Intensive Therapy Unit. I still couldn't see him. After few hours I eventually got to speak to a doctor who told me Daniels injury is severe and he will have to be operated but we will have to wait 6 days for the surgery to happen.

“Daniel's spine surgery took place on the 6th of August. It took about 4 hours. There was no complications. After his surgery Daniel returned to the Intensive Therapy Unit to be monitored. After few days he was moved to a neurosurgery unit.

“On the 11th of August, when we thought nothing worse could happen, and it could all only get better, Daniel was diagnosed with Anemia, due to a huge blood loss. His parameters were getting worse and worse with each hour. A surgeon then diagnosed him with a duodenal ulcer which was bleeding. The surgeon told us that his medical condition is critical and he will have to be operated urgently.

“Daniel underwent 2 serious operations within 5 days. He then returned to the Intensive Therapy Unit again. And was kept there for few days. He was then transferred to a post surgery unit.

“Few days ago Daniel was diagnosed with pneumonia and possibly a bacteria that causes a fever. It's been 25 days since we arrived to Tenerife and Daniels biggest wish is to be transported back home - Ireland.

“Unfortunately we were informed by the doctors that he will not be able to be transported without medical assistance. The costs of a medical transport from Tenerife to Ireland are huge and Daniels private insurance doesn't cover the costs of repatriation.

“He has secured a place in a hospital in Dublin so we wish for him to start his rehabilitation process as soon as possible.

“We are collecting funds to bring Daniel home where we believe he will feel better mentally and will receive a better medical care.

“Thank you all for your support in this extremely difficult time.”