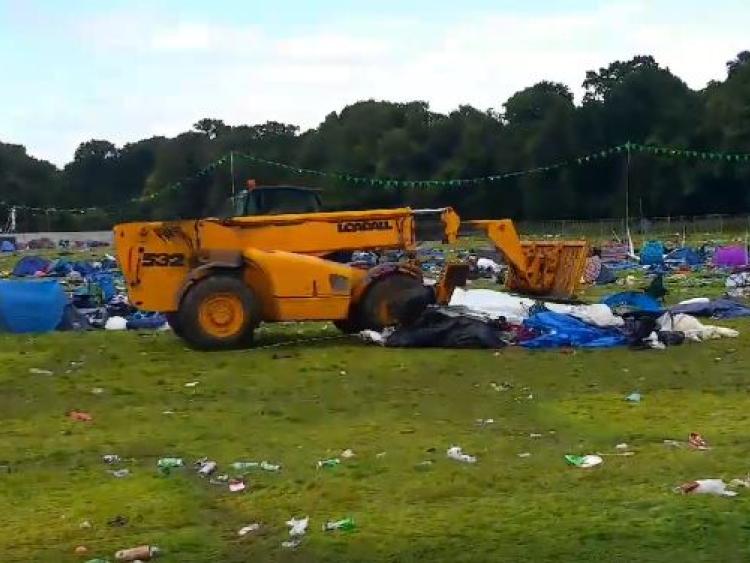 A huge amount of rubbish, tents and sleeping bags were left behind by thousands of people at Electric Picnic in Stradbally at the weekend.

A massive clean up operation got underway on Monday after 55,000 people brought home brilliant memories, but many left their personal belongings behind.

Some charities including Portlaoise Action to Homelessness and Feed Our Homeless were able to salvage tents and sleeping bags but there was tonnes of rubbish and camping gear in good condition left behind.

Watch the video below by Ed Rice which shows the extent of the clean up.

The shocking amount of rubbish left behind has been a huge talking point online.

Via Kevin Kelly on LinkedIn, a video comparing the waste left behind at Electric Picnic 2018 to a Syrian Refugee Camp accommodating 20,000 people in 2016 - https://t.co/t8dV1PeH5U pic.twitter.com/PSvBBytNjd

So how many of the #ElectricPicnic crowd that left their tents and rubbish behind them have a reuseable mug? #virtue

It's ironic that the Electric Picnic audience are the element of society that would consider themselves socially and environmentally conscious discarded 10 kilo of rubbish at Electric Picnic. Lipservice

Surely to god all of the tents, camping gear, blow up beds could be given to the 1000’s of homeless on our streets inside of bulldozing them up into a pile of rubbish for landfill! #ElectricPicnic