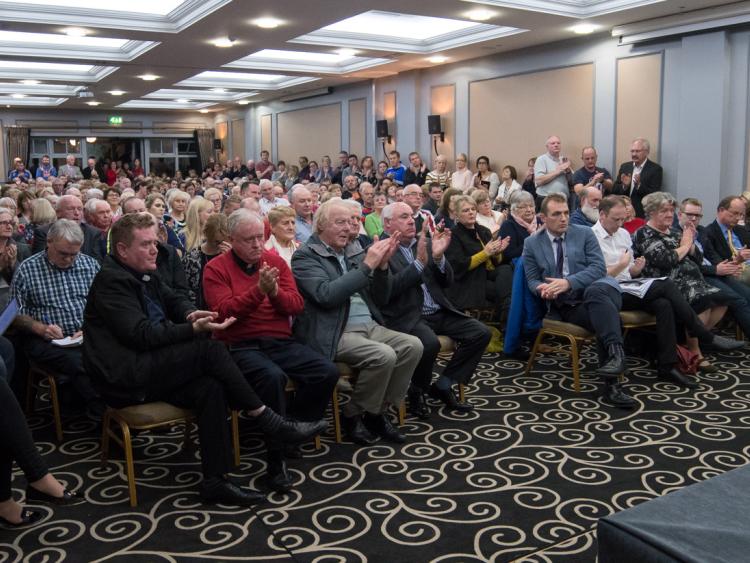 Health campaigners have called a public meeting in Portlaoise where the possible extensive downgrade of Portlaoise hospital and a new national health services campaign will be discussed.

The Still Waiting Ireland Campaign says it has a number of reasons for calling the meeting which has been co-organised by members of the the Portlaoise Hospital Action Committee .

They say they want to inform the public about how the Portlaoise committee is now represented on the national 'Still Waiting Ireland' Health Campaign Committee.

It is hoped the public meeting will help promote Laois involvment in a national demonstration on the health services fixed for Dublin on Saturday, October 6.

Speakers from the Portlaoise Hospital Action Committee will also update the public on the campaign against downgrade.

The organisers say medics will speak about the 'health crisis' and where the Midland Regional Hospital Portlaoise fits into the big picture.

Members of the Portlaoise campaign are also due to give an update on progress with the report which they have been writing in collaboration with the local medics.

They say they will also clarify for the public how they will be able to contribute to the consultation process.

"We recommend that people arrive early to secure a seat. We look forward to connecting with the passionate people of Laois and beyond in order to move our campaign forward," said a statement.

The meeting will also promote the new website of the Portlaoise campaign www.ourhospitalsmatter.ie

The meeting, scheduled to last an hour, takes place this Friday, September 28 at 7.30pm in the Maryborough Suit of the Midland Park Hotel, Portlaoise.

A plan drawn up by the HSE's Dublin Midlands Hospital Group would see A&E, ICU maternity, paediatrics and most surger withdrawn from the Laois hospital.

The Minister for Health Simon Harris has yet to adopt the plan as policy and has promised further consultation.