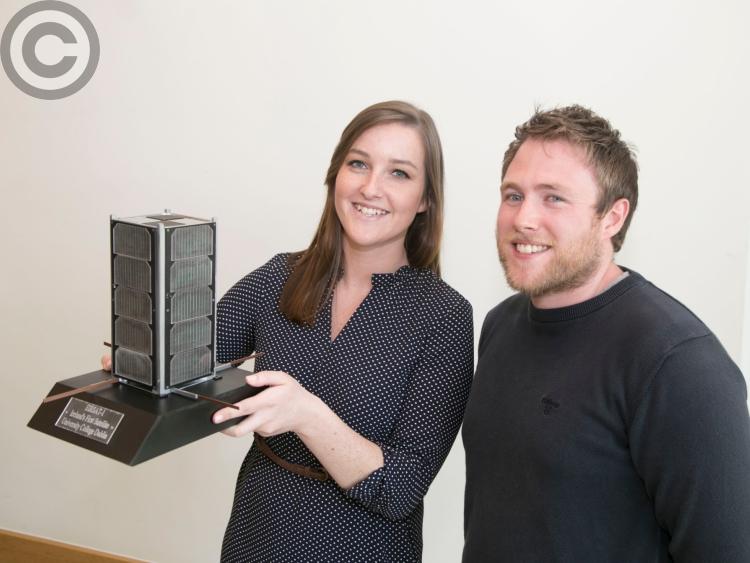 Space dreams are coming true for a Laois man by working on Ireland’s first ever satellite at University College Dublin.

Joe Thompson, a PhD student in the UCD School of Mechanical and Materials Engineering, hails from Coolrain near Mountrath. He is working on an interdisciplinary team of 16 UCD postgraduate students who are building the satellite with the support of the European Space Agency (ESA).

EIRSAT-1 (Educational Irish Research Satellite-1) is a miniature shoebox sized satellite, or CubeSat. ESA has concluded that the objectives of the satellite’s Critical Design Review have now been achieved, marking an important milestone for the project which push it closer to a launch into space.

The Laois man involved is working on the Attitude Determination and Control System for the satellite. This involves the modelling and simulation of the satellite's orbital and attitude dynamics and the design of a control system. He is delighted to be part of this historic project for Ireland.

“I chose to study mechanical engineering because I enjoyed both maths and physics and using them to solve challenging technical problems in creative new ways. It's a dream come true for me to work on a project as exciting as EIRSAT-1 with amazing people from so many different disciplines and to help make history with them by building and launching Ireland's first satellite,” he said.

Joe and the other members of the UCD team now move to the next phase of the programme - assembling and testing an prototype in new clean rooms at the Dublin university.

Subject to passing further reviews and mission milestones, EIRSAT-1 is expected to be delivered to ESA in mid-2020 with three scientific experiments on board.

After launch it is expected to operate for up to 12 months. Once in orbit the satellite will communicate data to earth through a ground radio station at mission control in the UCD School of Physics. 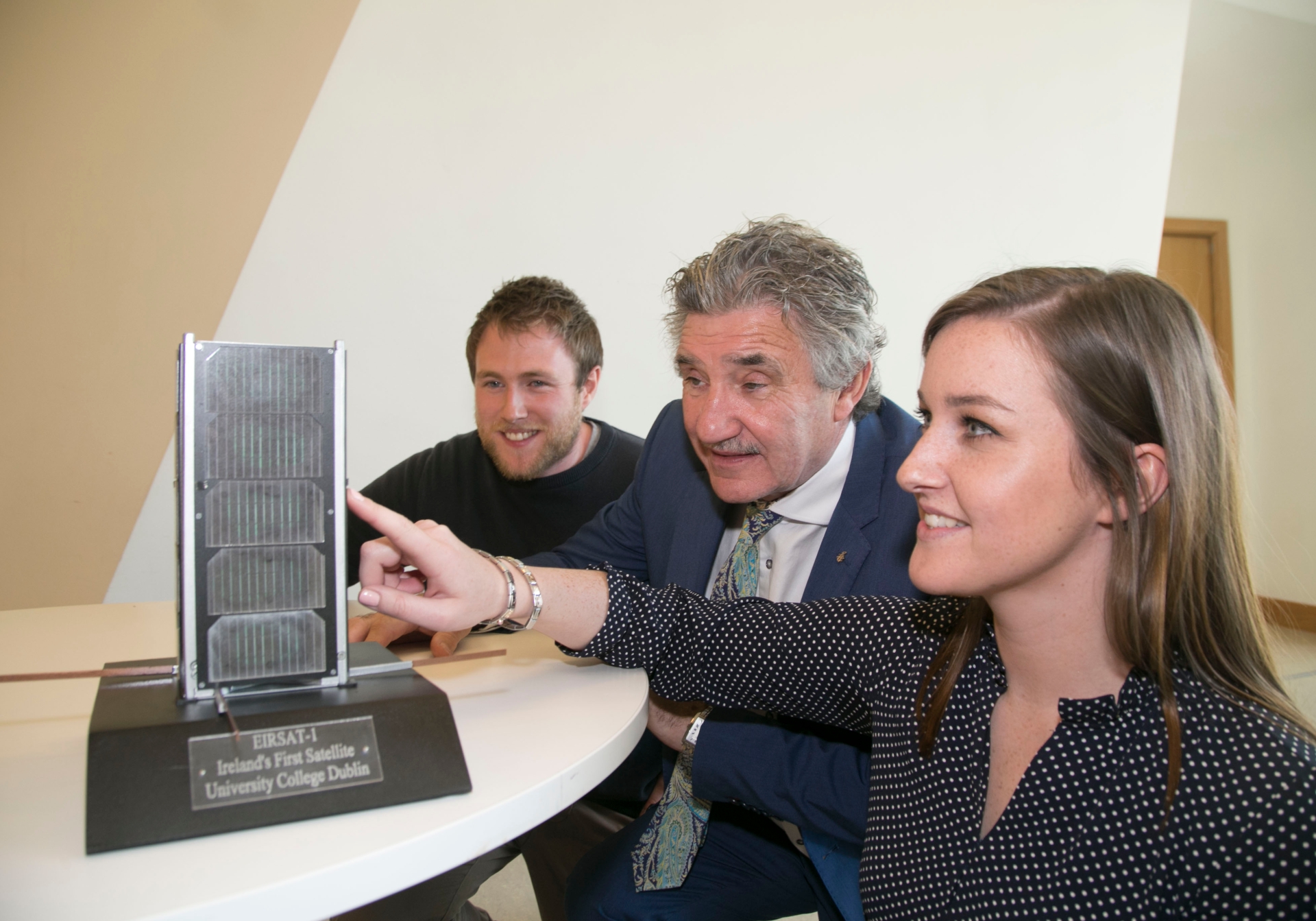 The Coolrain man was present for the announcement by John Halligan TD, Minister for Training, Skills, Innovation, Research and Development, that the satellite, EIRSAT-1 has successfully completed the first phase of the ESA’s Fly your Satellite programme.

"The EIRSAT-1 project provides the UCD student team with a great opportunity to develop skills in satellite development, a first in Irish space science education. The development of these skills will have an impact beyond those directly participating in the project, including in the expanding space industry sector in Ireland,” he said.

Professor Lorraine Hanlon, UCD School of Physics and EIRSAT-1 Project Leader, said Joe and the other students weere working for their country.

"As an emerging space nation, Ireland’s future space endeavours will benefit from the skills developed by the talented team of UCD students who are building EIRSAT-1,”

Professor Orla Feely, UCD Vice-President for Research, Innovation and Impact said congratulated Joe and his colleagues on their inspirational work.

“A key objective of the EIRSAT-1 mission is through its success to inspire the next generation of students to study STEM subjects," she said.

The main experiment on-board EIRSAT-1 will be a novel gamma-ray detector, called GMOD, which aims to detect gamma-ray bursts, the most energetic explosions in the universe, which occur when some stars die or collide. The second experiment, EMOD, is an in-flight demonstration of thermal control coatings developed by the Irish company ENBIO Ltd. The third experiment, called Wave-Based Control, or WBC, tests a UCD-developed algorithm to control the movement of EIRSAT-1.

For more details go to www.eirsat1.ie