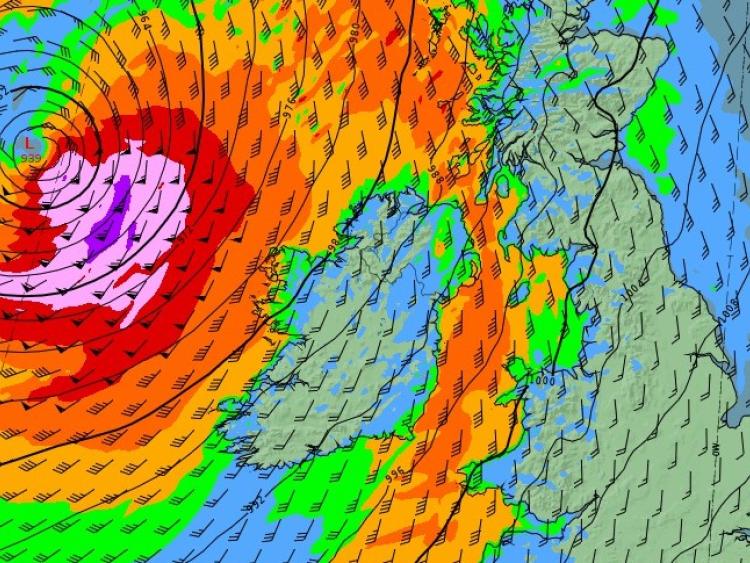 Storm Callum off the coast of Ireland

Storm Callum is currently experiencing what is known in the world of meteorology as “bombogenesis”, whereby a system deepens by more than 24hPa inside a 24hr period. The storm is expected to track on a north-northeasterly path over the coming 24 hours, bringing with it some potentially damaging winds.

All areas are at risk of experiencing stormy conditions, with southern, western and southeastern coastal counties most at risk of seeing winds in excess of 130km/h. Indeed in one or two locations winds may reach as high as 140km/h along the far west and southwest coasts.

There is also a risk of Callum carrying a sting in its tail, as there remains the possibility of some damaging winds clipping the far southeast of counties Waterford, Wexford and Wicklow through tomorrow afternoon, which is something to certainly keep a close eye on.

Severe coastal flooding is also likely along Atlantic coastal counties, with the cities of Cork and Galway, particularly at risk during tomorrow morning's spring high tides. Flood barriers have already been erected in Galway, with flooding likely along the Salthill and Spanish Arch areas of the city.

Please stay updated on all the latest weather forecasts over the coming 36 hours, which promises to be stormy right across the country.