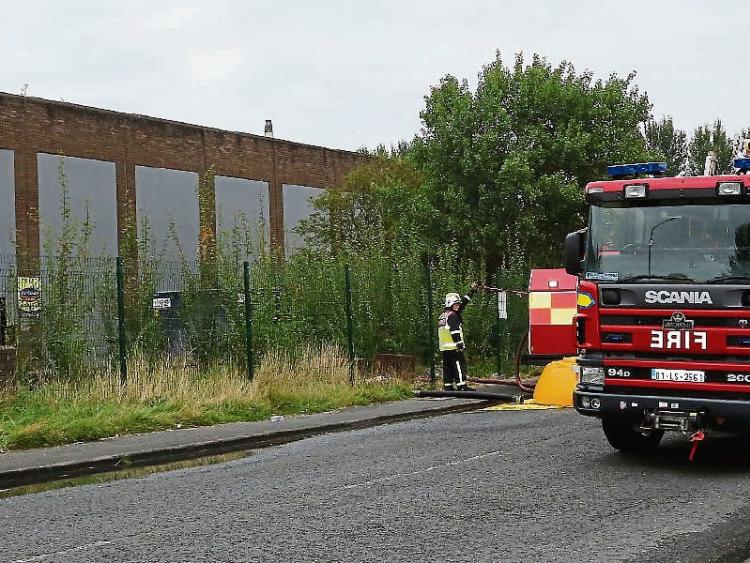 The vacant Avon factory in Portarlington after a fire in 2014, later demolished.

An expensive detox has finally begun on a factory site in Laois, and it will take years to make the land safe for use.

The land was poisoned by chemicals from Avon Cosmetic's factory Arlington Ltd that closed in Portarlington in 2000.

Arlington Ltd made costume jewellery and soap for over 20 years on the Canal Road site.

However a chemical solvent was regularly dumped on land behind the factory and it contaminated groundwater.

The water is believed to be contaminated right down to the bedrock, a depth of as much as 40 metres.

The ground was tested in 2003 by the Environmental Protection Agency who then informed landowners within 500m to no longer use water from their wells.

The EPA has now engaged a contractor to start a clean-up.

“The first phase of the remediation programme is to conduct a full investigation to determine the scale and extent of the contamination plume in order to identify the most appropriate remediation strategy,” an EPA spokesperson said.

It will take years they said.

The cost of the clean-up will be paid from an insurance policy taken out by Pat McCormack (now deceased) of Claybourne Properties Ltd who bought the closed factory in 2001.

That company later dissolved and the loan first went to NAMA and is now understood to belong to a vulture fund.

The empty factory was set on fire in 2014 and then demolished for safety reasons.

The EPA says that while the factor opened in the late 1970's, it was first granted a licence for electroplating in 1998, and that the site contamination happened before the licence was granted.

“Site investigations conducted in the early 2000’s found extensive chlorinated solvent contamination in the groundwater below the site. This contamination was principally trichloroethene (TCE) and smaller amounts of 1,1,1-trichloroethane (TCA) and had occurred prior to the grant of the licence.

“Groundwater monitoring results for a 13-year period (2000 to 2013) suggest that the plume of contaminated groundwater is stable and shrinking and there is no migration of contamination off-site,” the EPA said.

It is hoped to do decontamination in situ. It will involve injecting a particular substance into the ground to degrade the TCE and add bacteria to further assist the process.

The iconic factory once employed up to 800 people.

It has taken almost 20 years since the Avon factory closed to finally start cleaning up contaminated ground in Portarlington.

Local Cllr Aidan Mullins has questioned the long delay.
“I don’t understand why it should have taken so long to get to this point as the site has been vacant for years,” the Sinn Féin councillor told the Leinster Express.

He said he spoke to the Environmental Protection Agency about the works planned.
“They have engaged the services of a contractor to carry out testing on the site. This work has now commenced and drilling will commence at a number of locations on site and in the adjacent field over the coming weeks,” he said.

He explains the level of contamination.
“The EPA informed me that there is contamination of the ground down to the bedrock at a depth of 20 to 40 metres by a toxic substance called TCE or trichloroethylene.
“This is a toxic organic compound commonly used as an industrial solvent and was widely used in the Avon plant.
“The first phase of these tests will take up to 18 months and it could take a number of years to fully decontaminate the site,” he said.

Cllr Mullins wants Laois County Council to buy the site for community use, such as an athletics track for the town.
“Hopefully the EPA can now finally resolve the issue as a prime site like this should not be idle,” he said.